Make a Waffle and Prove You’re the Breakfast Champ

Picture the perfect waffle. Is it fluffy on the inside, crispy on the outside? Soaking in maple syrup, or lightly dusted in powdered sugar? Our Tasty waffle-making experience has now arrived, where you decide everything from the batter to the finishing touches.

No matter which path you choose, we’ll give you the full recipe at the end and tell you what it says about your personality, with its own unique recipe name. Will you be The Expert Brunch-er, or The Party Animal? There’s only one way to find out.

Designing the perfect waffle is an individual art. Arranging fruits, chocolate chips, whipped cream and of course syrup, takes a skilled hand and a flair for creativity. But when it all comes together, it’s a beauty to behold. Take a look below at the 16 different recipes you can come up with as you play through this Tasty recipe. Which one will be yours?

All 16 Breakfast Waffles Recipes Brought to You By BuzzFeed Tasty 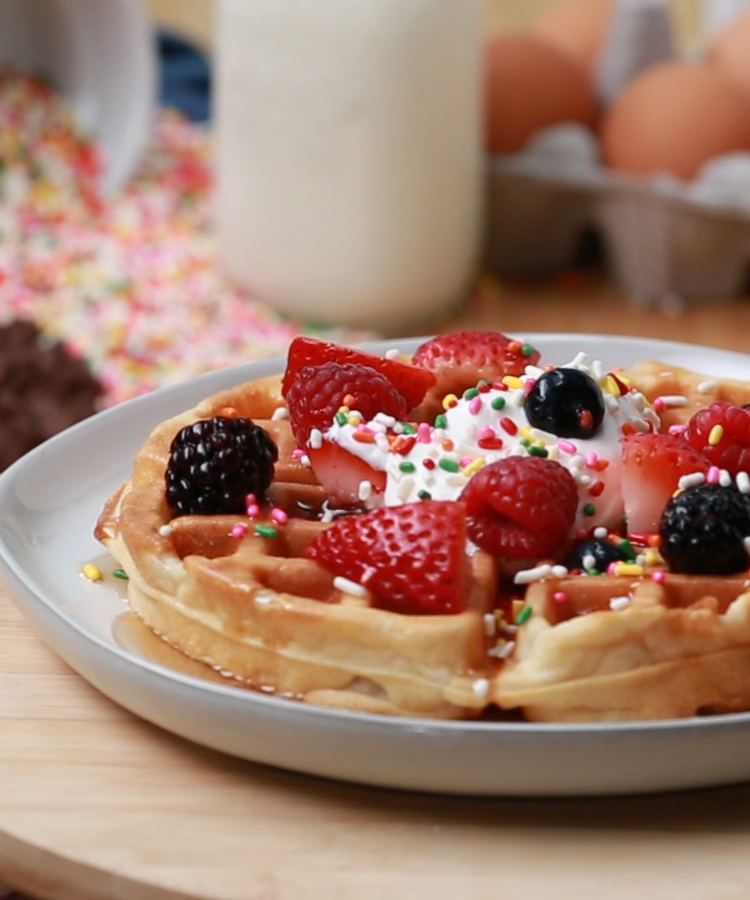 The Expert Brunch-er. You have a natural flair for waking up early and eating well! 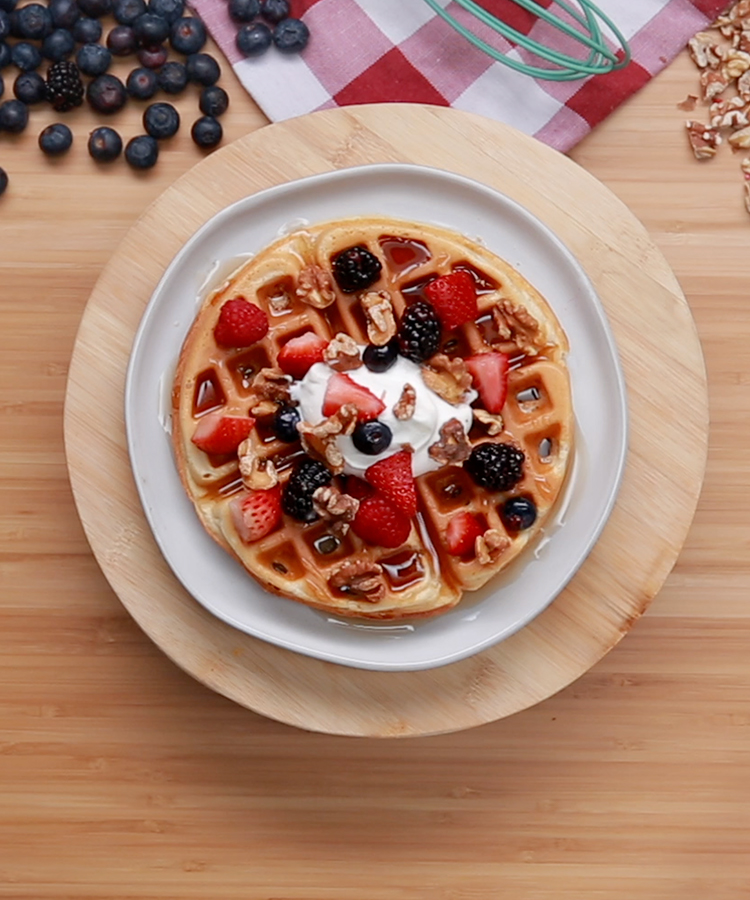 The Basic. You may play it safe with your choices, but they’re always delicious. 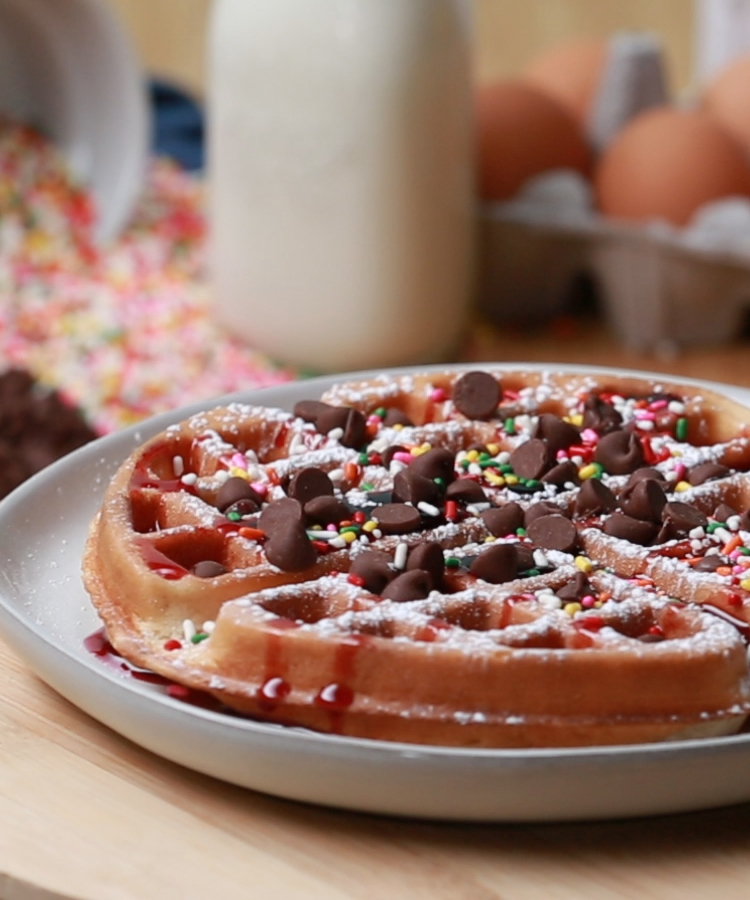 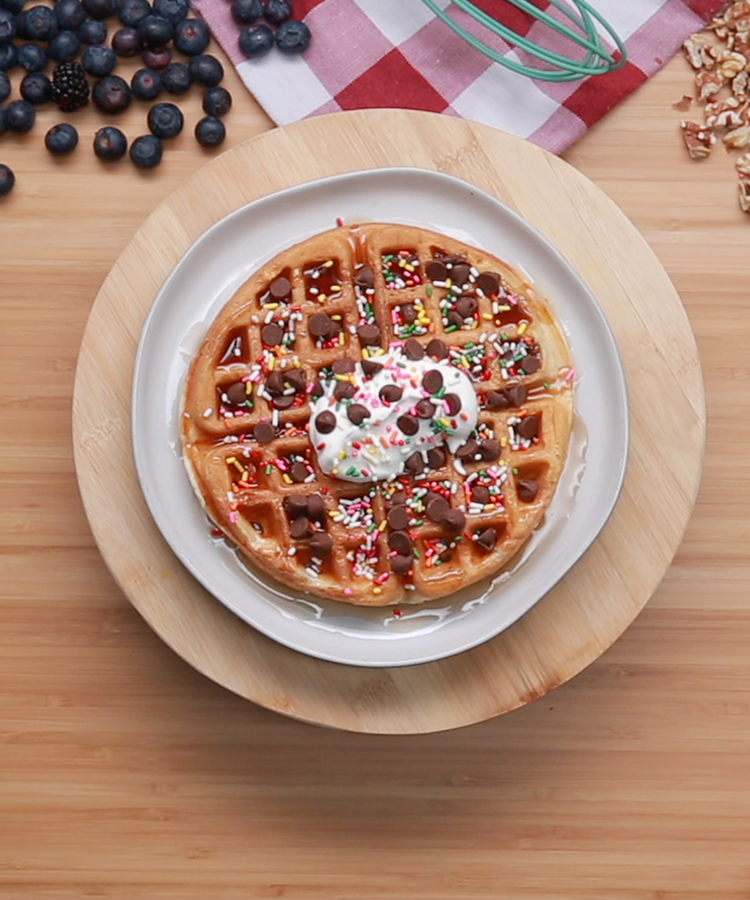 The Party Animal. You’re fun to be around, but you always leave a mess behind! 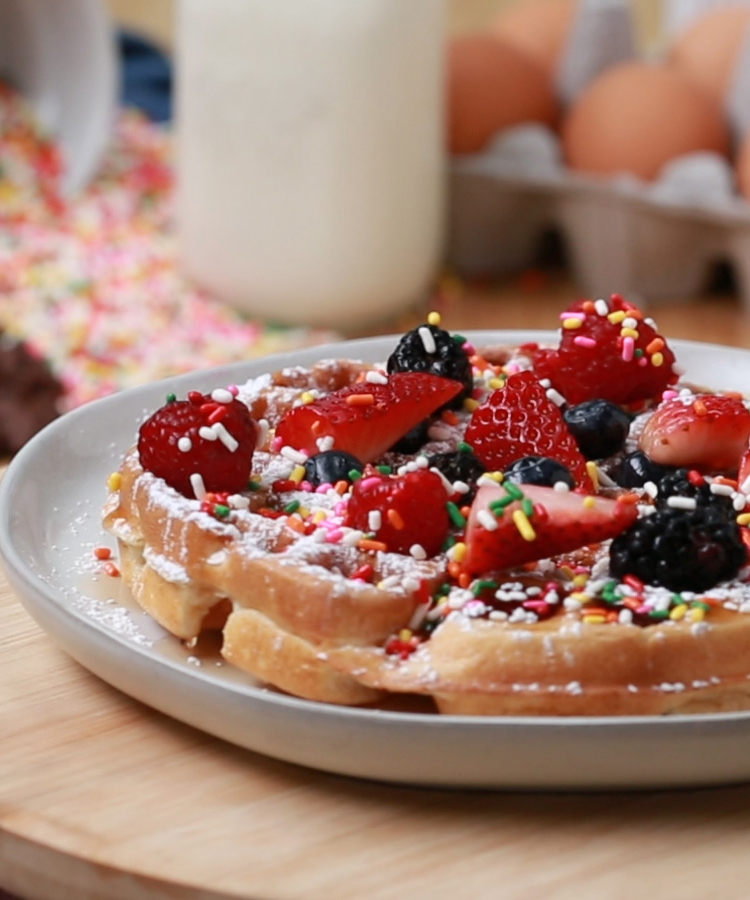 The Texture Major. You’ve got a unique and interesting flavor palette! 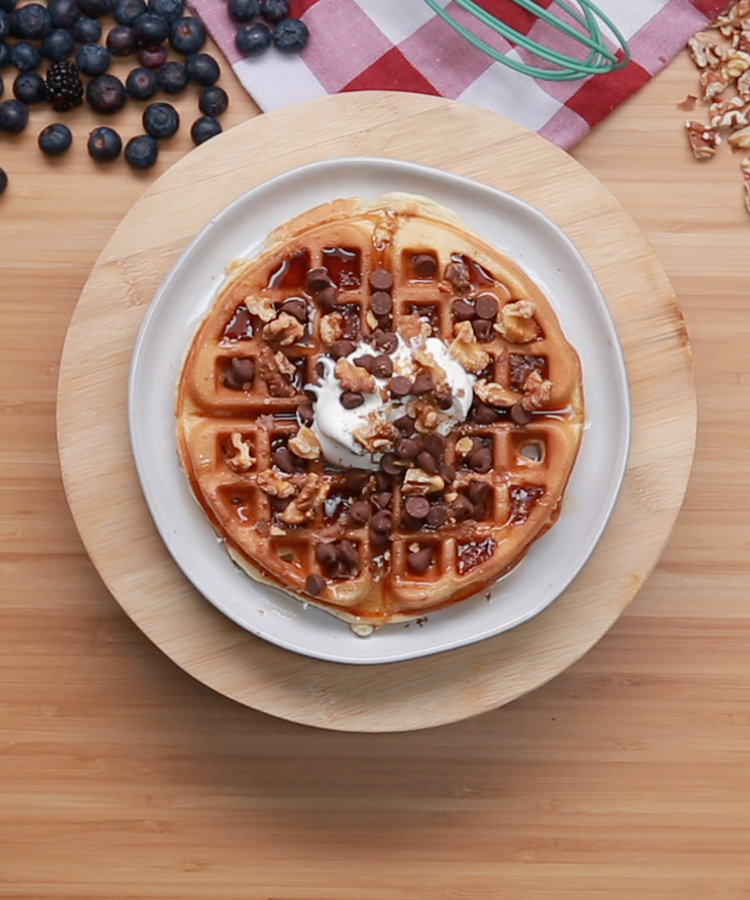 The Wild Card. You’re nutty and sweet with a dollop of crazy. Keep doing you! 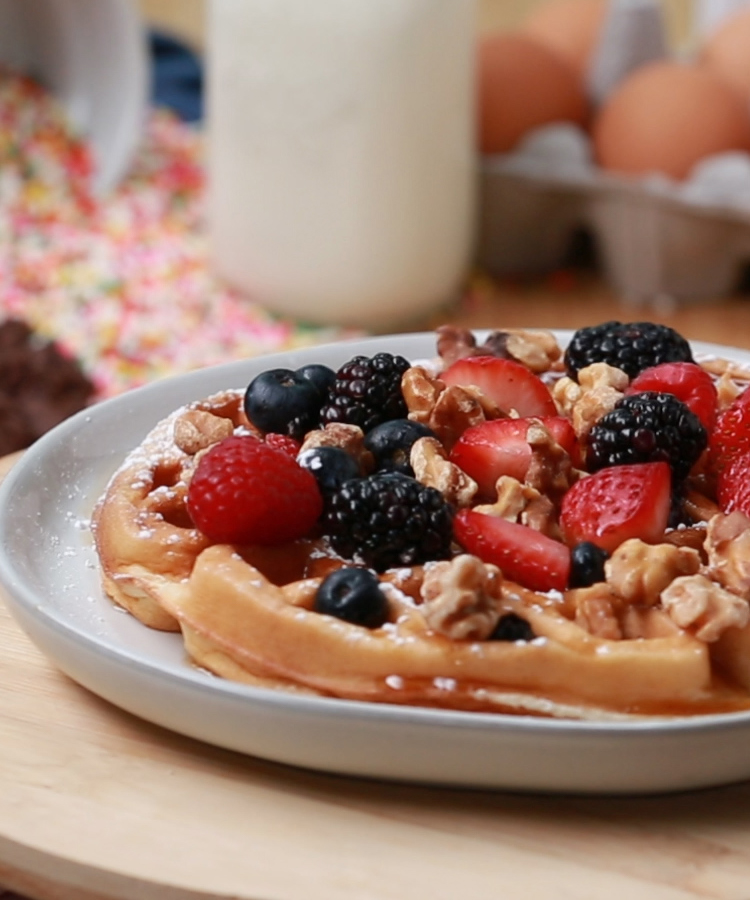 The Natural. Your holistic approach to life (and waffles) is admirable. 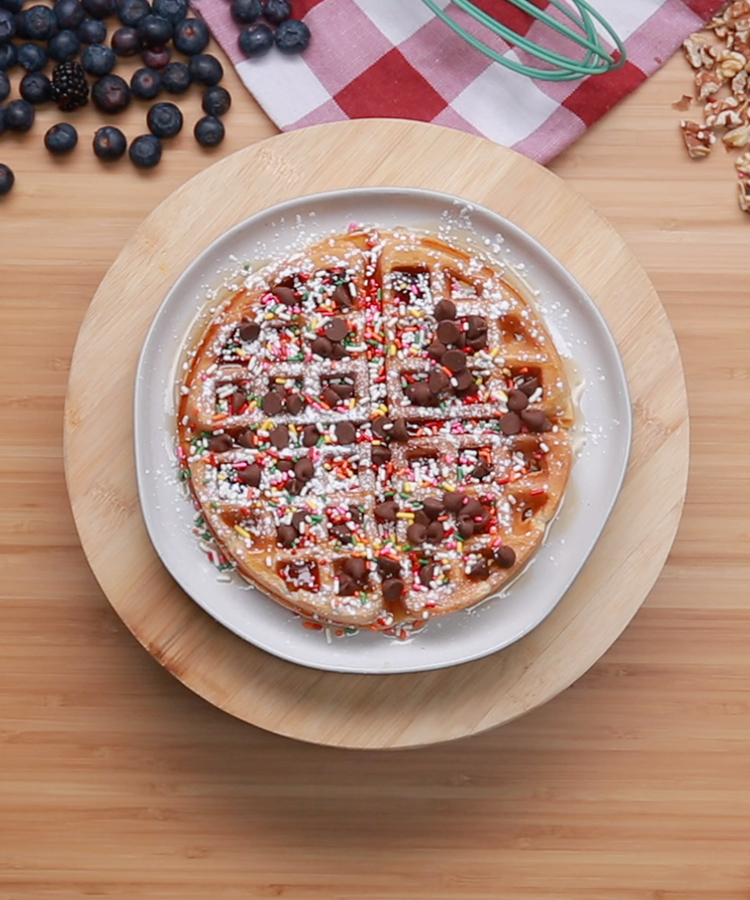 The Rainbow Chip. You know what’s great about you? You brighten every room with your sparkle! 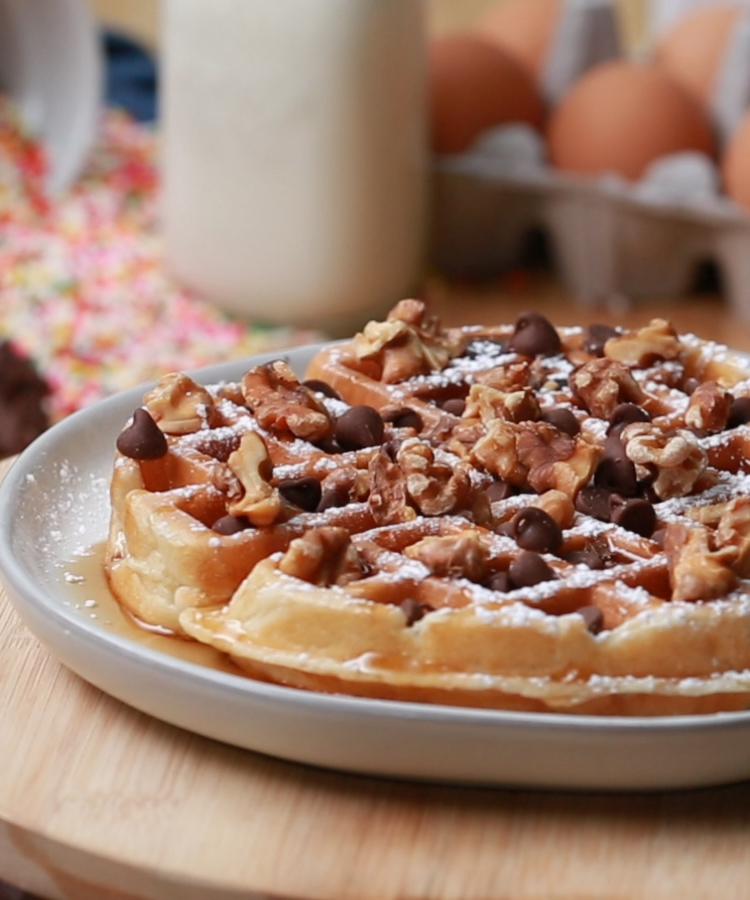 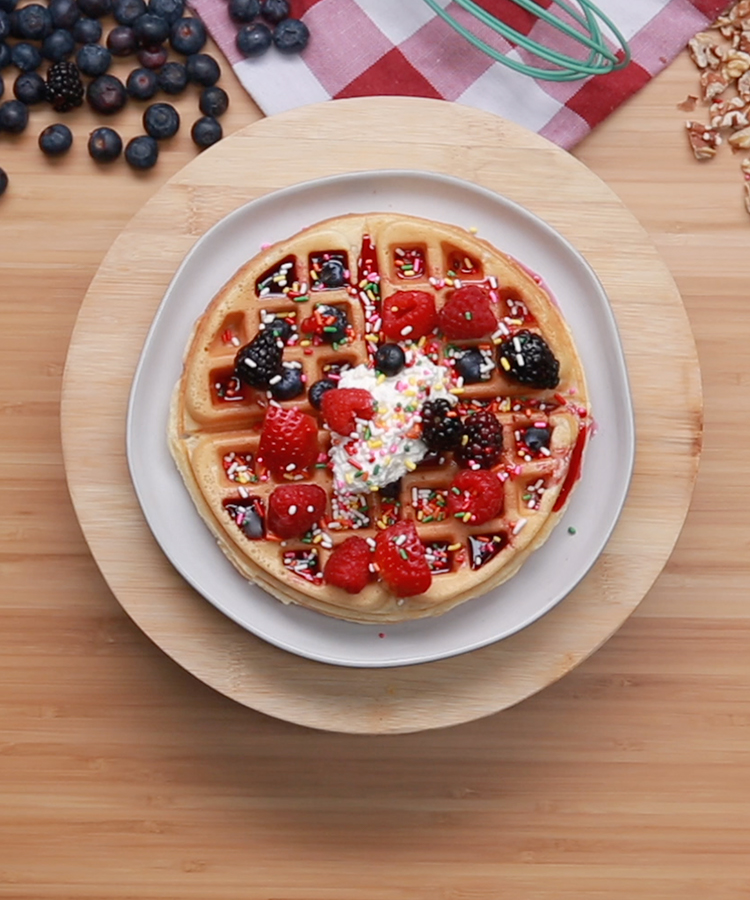 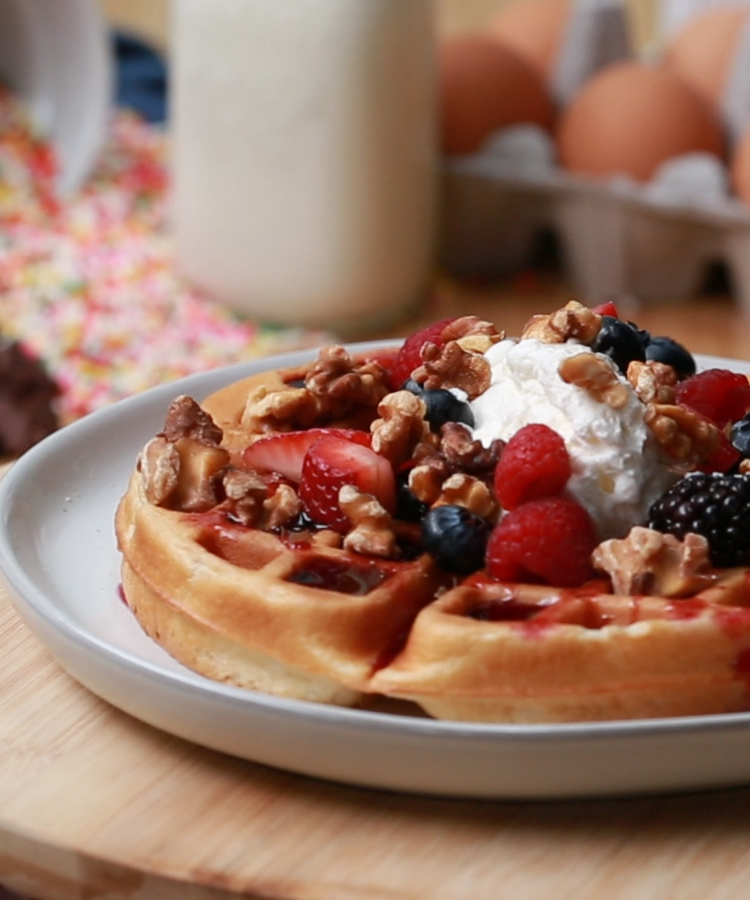 The Berry Bossy. Your demands are simple — berry or bust! 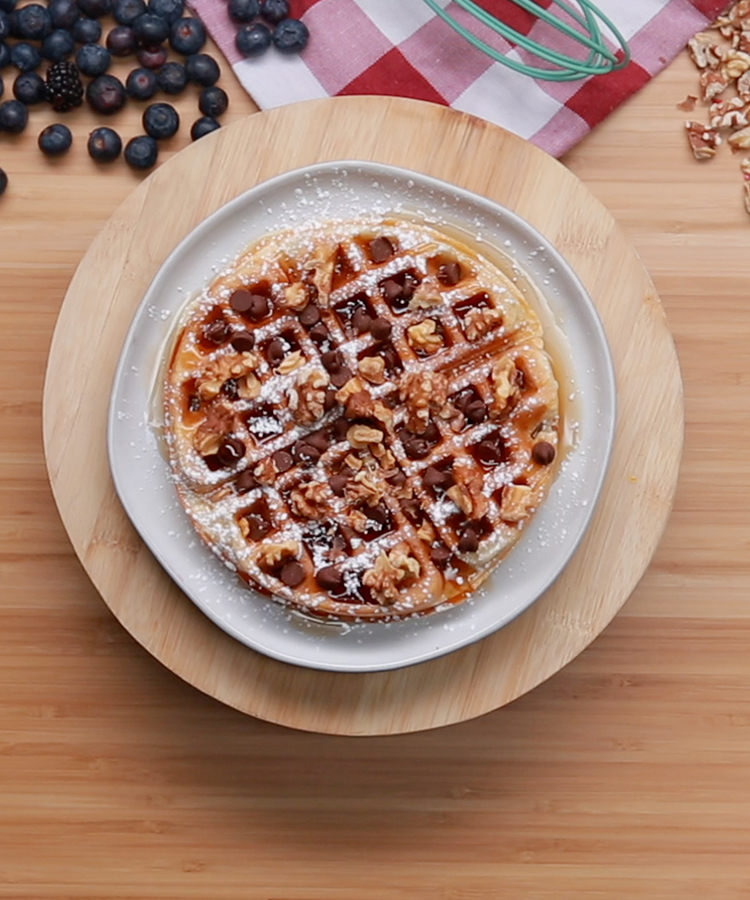 The Crooner. You’re insatiable and won’t stop until you get what you want! 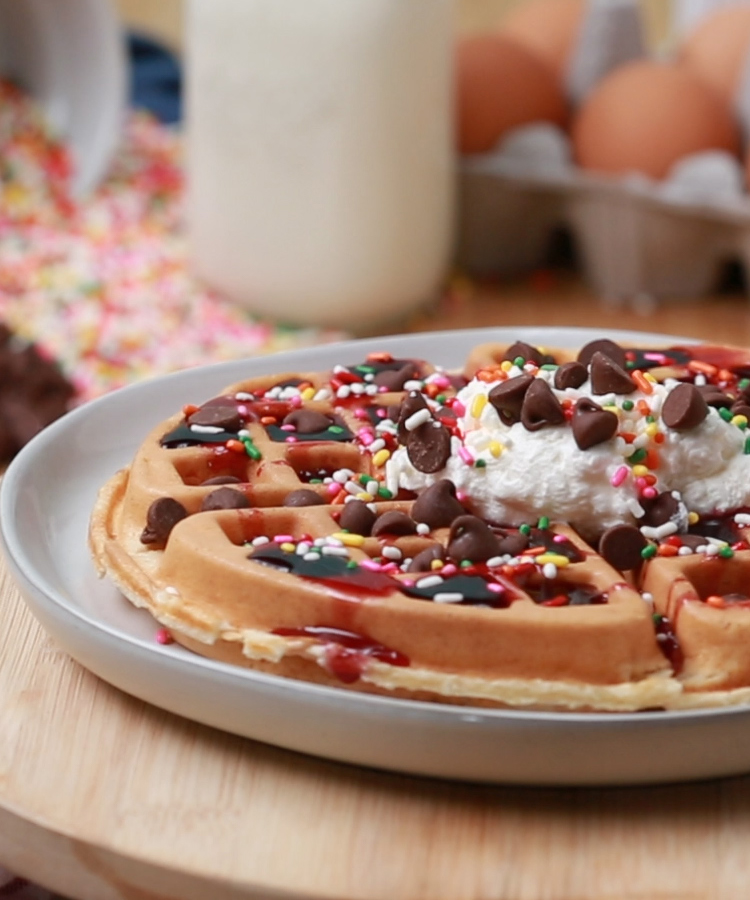 The Sweet Party Animal. You’re the kind of person who stays behind to help clean up. Thanks! 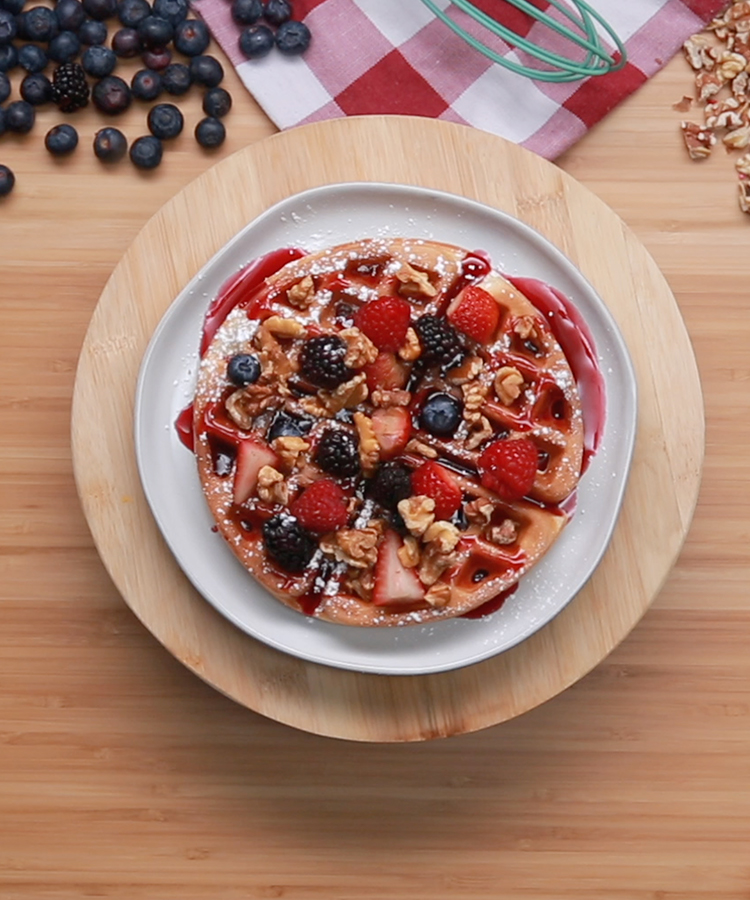 The Savory Sweetie. You’ve got two sides to you, and each side is delicious! 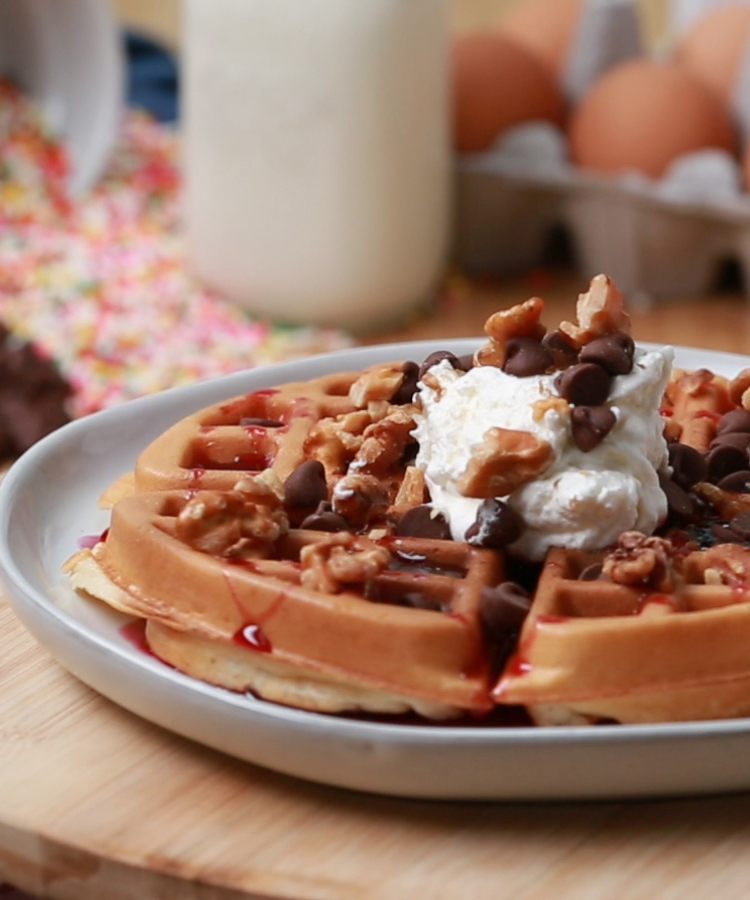 The Extra. You’re so extreme with your sugary sweets piled so high! 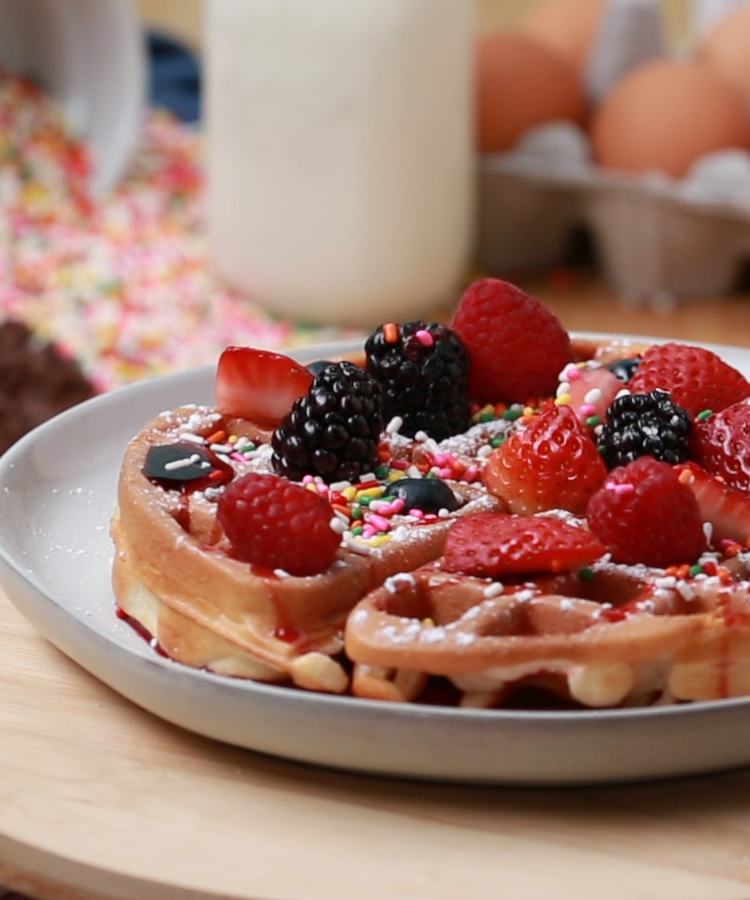 The Berry Sweetie. Your picks are juicy, sweet, and delicious...just like you!

When you take a bite of a waffle, you’re enjoying a slice of history. Waffles first arrived in America in the 1620s, after they were brought across the Atlantic by Dutch colonists. But it took some 100 years before the word “waffle” entered the English vocabulary, appearing for the first time in the 1725 cookbook Court Cookery by Robert Smith.

It wasn’t until waffles came to America that they finally met their other half: maple syrup. In the U.S. at the time, maple syrup was cheaper than granulated sugar, so it was only natural that they started complimenting each other.

Classic waffles, of course, go hand-in-hand with the waffle iron, and the first electric version was made in Boston in 1906, by the Simplex Electrical Company. Back then they didn’t have much in the way of safety regulations, so the first model had exposed electrical contacts, which would have made for a very risky breakfast. Over the next few decades, consumer-safe versions began to appear on the shelves and become commonplace on the breakfast table.

It took a few hundred years, but the waffle evolved from a bland snack normally enjoyed by Europeans before dinner, to the joyful centerpiece of a delicious, fully-customizable breakfast experience. What does the waffle mean to you? Try it now, make a few choices and enjoy your own wonderfully personal waffle. Bet you can’t eat just one.