You tell us, or better yet, show us by trying the new Tasty recipe above, sponsored by Walmart. Get grilled sausage dinner ideas as you navigate the choices in this immersive experience. Will you go pesto or keep it retro? How will you deliver your sausage manifesto? Show the world you’re a grilled sausage guru and we will show you what your choices say about your personality, with your own unique recipe name. Will your friends be calling you Sauce Boss, or saying What a Brat? 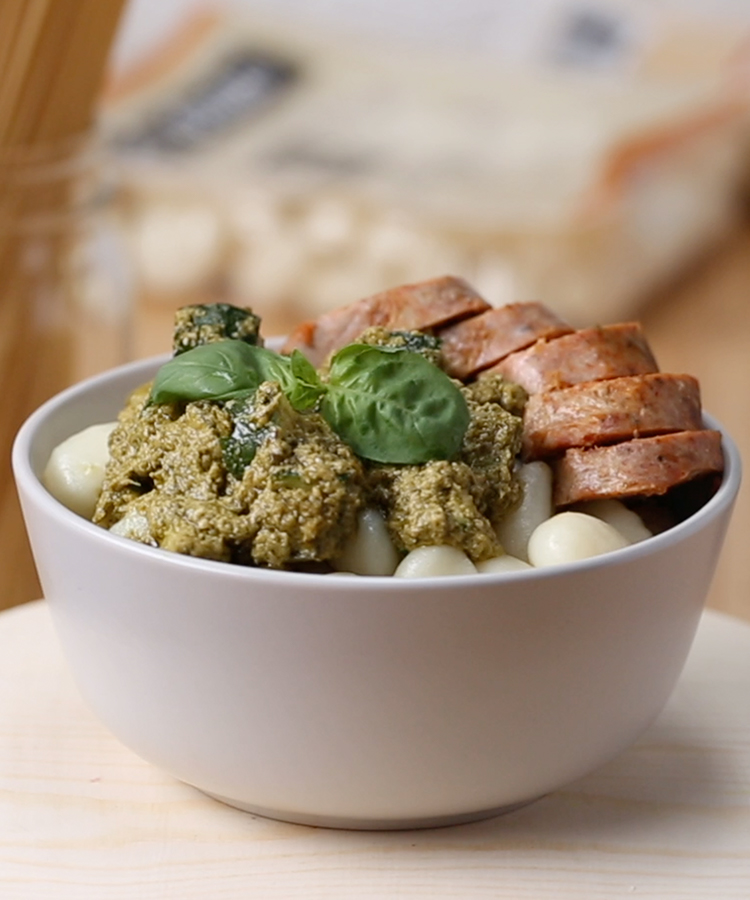 Pesto Chango! Poof! Your mundane dinner plans have transformed into something magical! 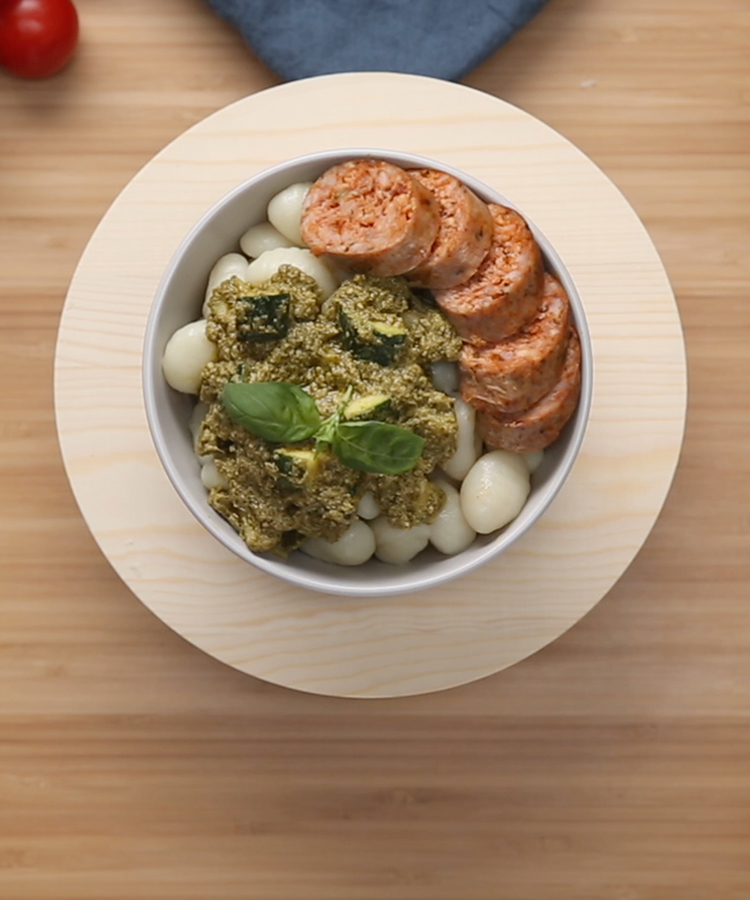 Pin-gnocchi-o-Jiminy Cricket! Let your conscience be your guide to this ridiculously yummy gnocchi. 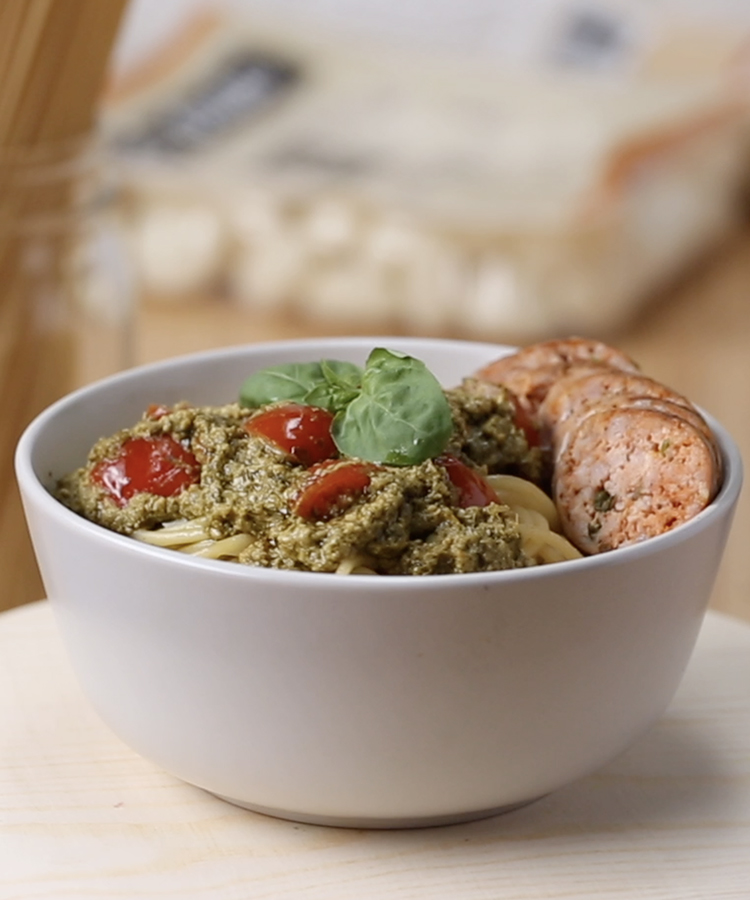 Razzle Dazzle Basil - Throw up your jazz hands, cause this pasta dish is truly hard to beat. 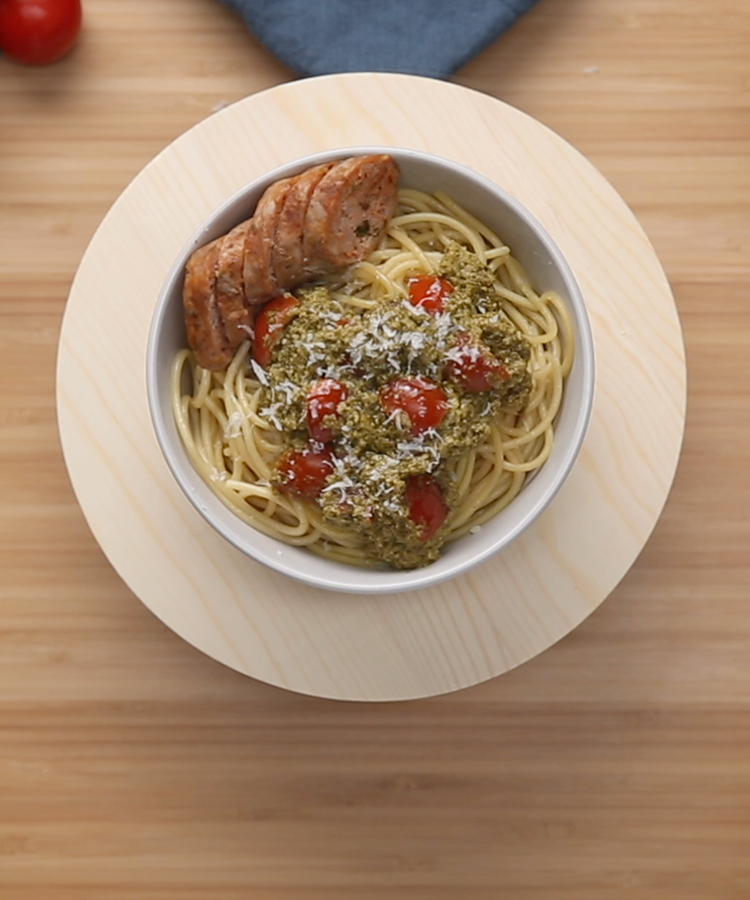 The Mama Mia! - Remember fond times of cooking with your mom as you chow down on this cheesy, saucy spaghetti! 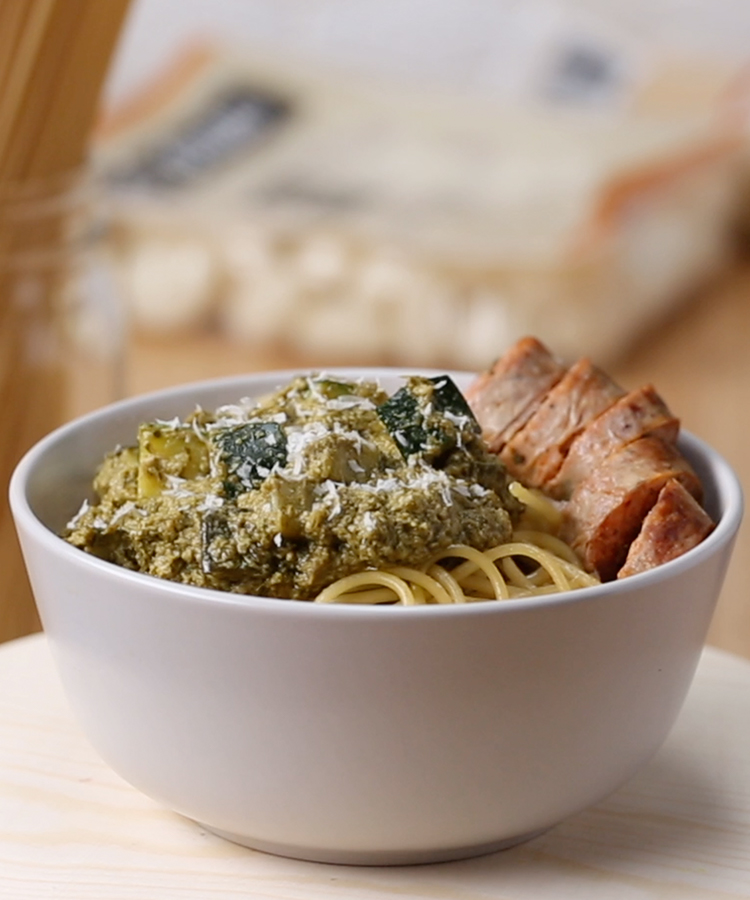 Cheesy Comfort - Let your worries melt away as you dig into this comforting combo of pesto, sausage and cheese! 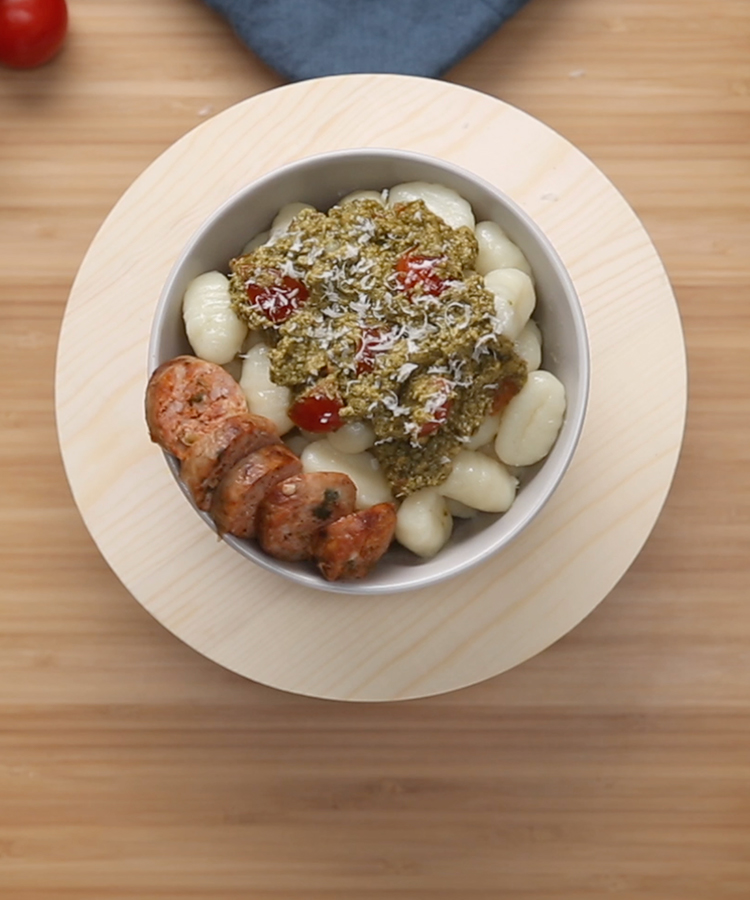 The Best Wurst - If there was a competition for “Greatest Sausage Meal on the Planet," this would be a very strong contender! 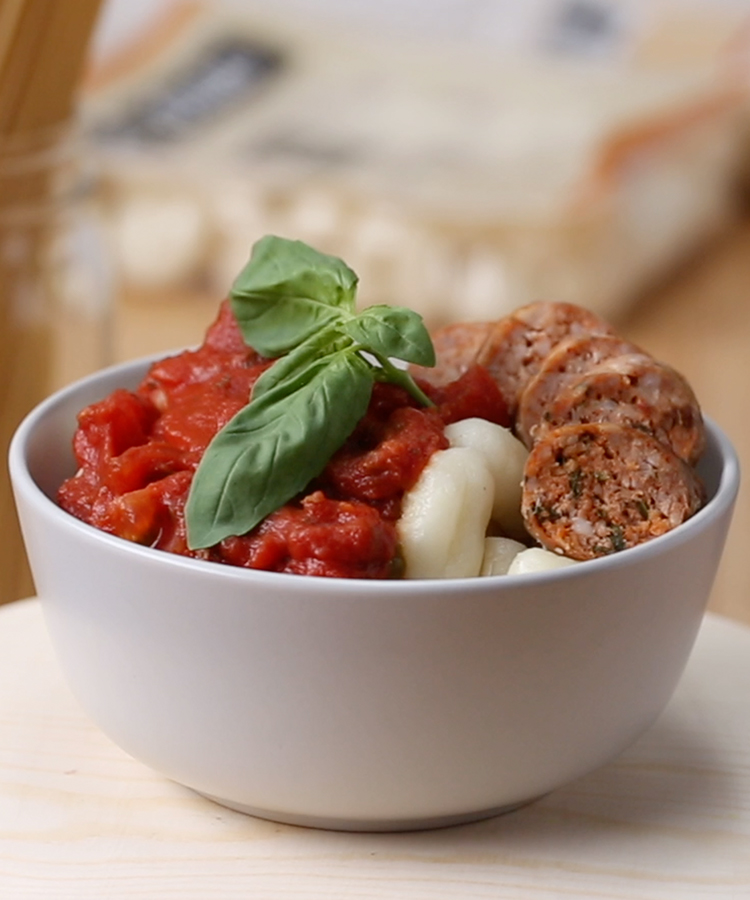 Sauce Boss - Block out some time on the calendar, you’re gonna want to savor these flavors. 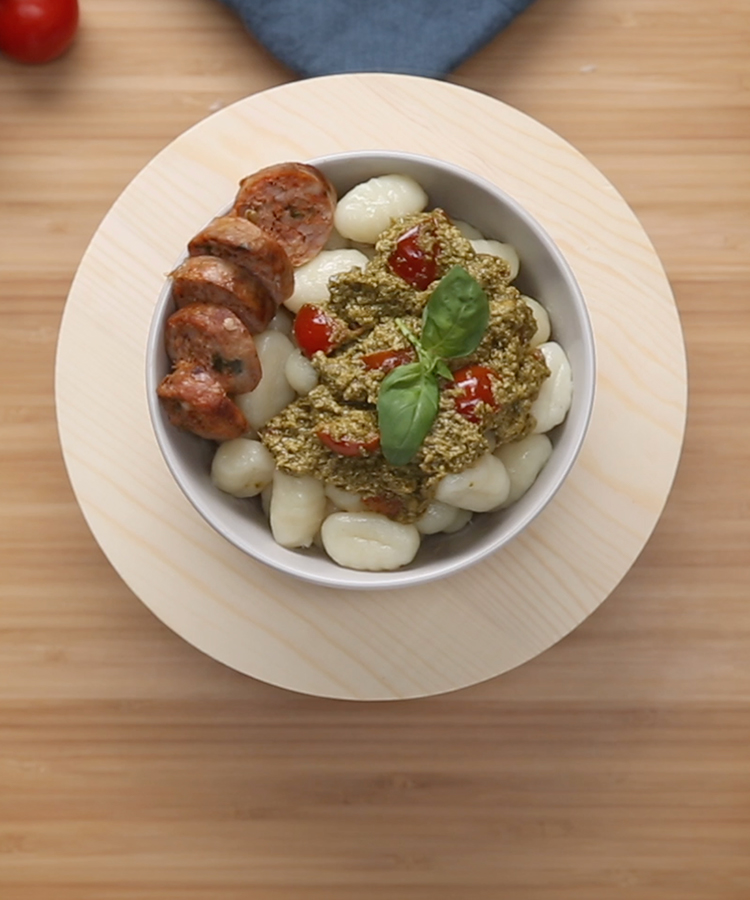 The Green Monster - Avoid turning into a hangry beast by chowing down on this rich and zesty pasta dish like this! 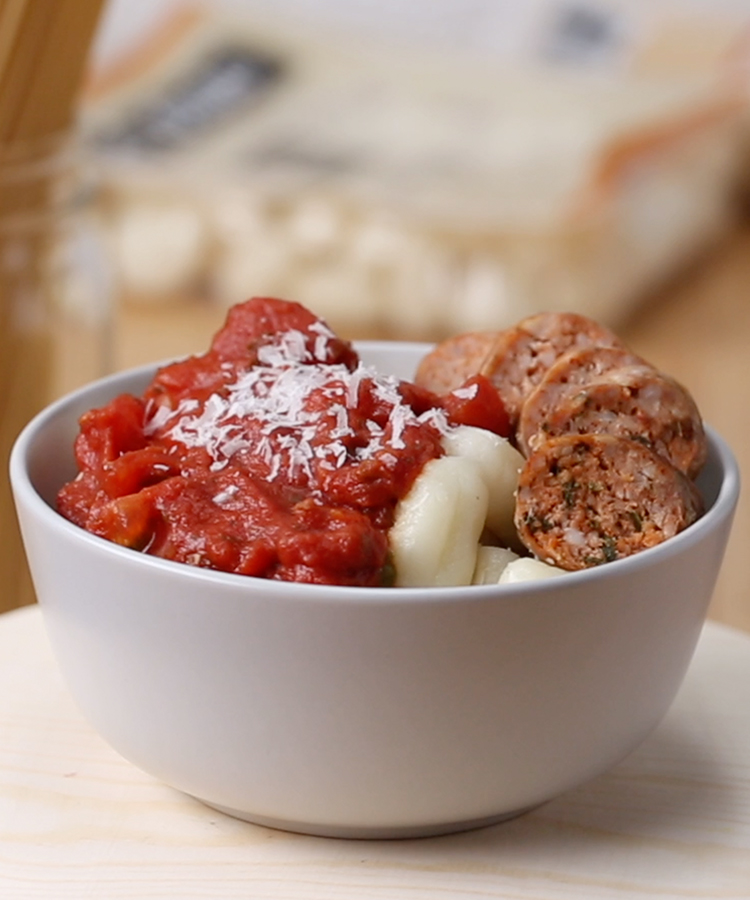 The Hearty Feast - The best way to defeat hunger is to obliterate it with a crazy good tomato pasta dish! 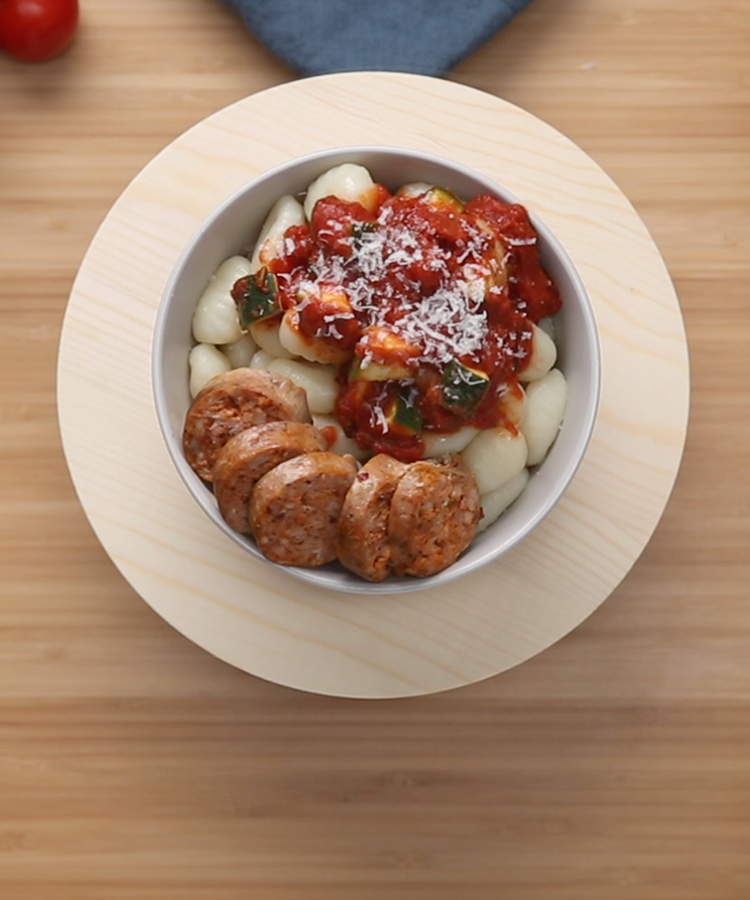 Absolute Banger - Words fail to describe this delicious meal. You won’t feel light afterwards but you WILL feel happy. 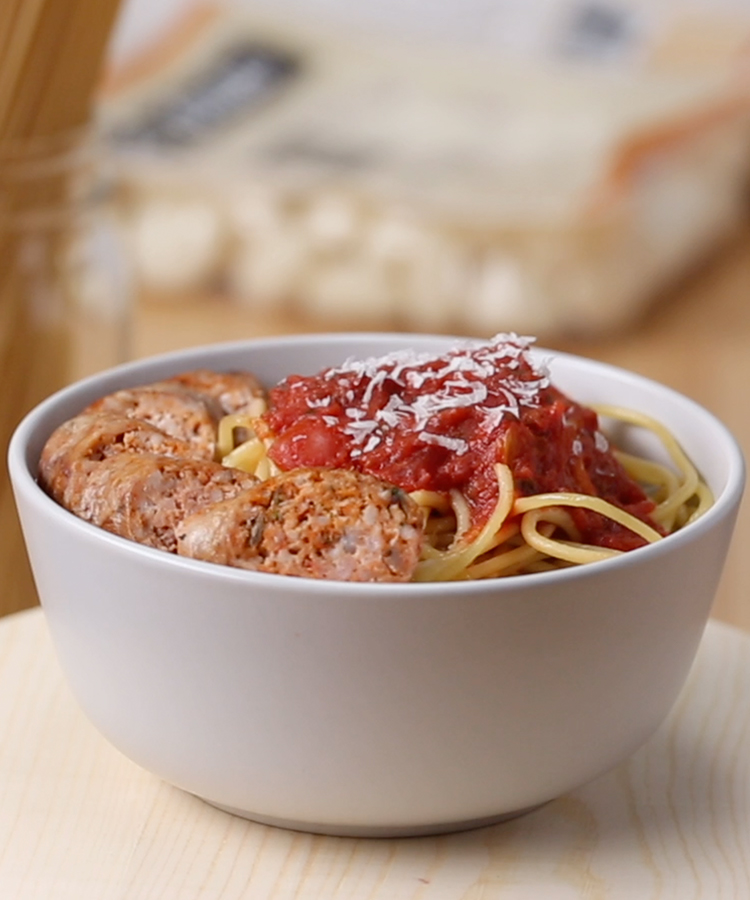 Tomato Tornado - Hunker down and enjoy this rich delicious meal! 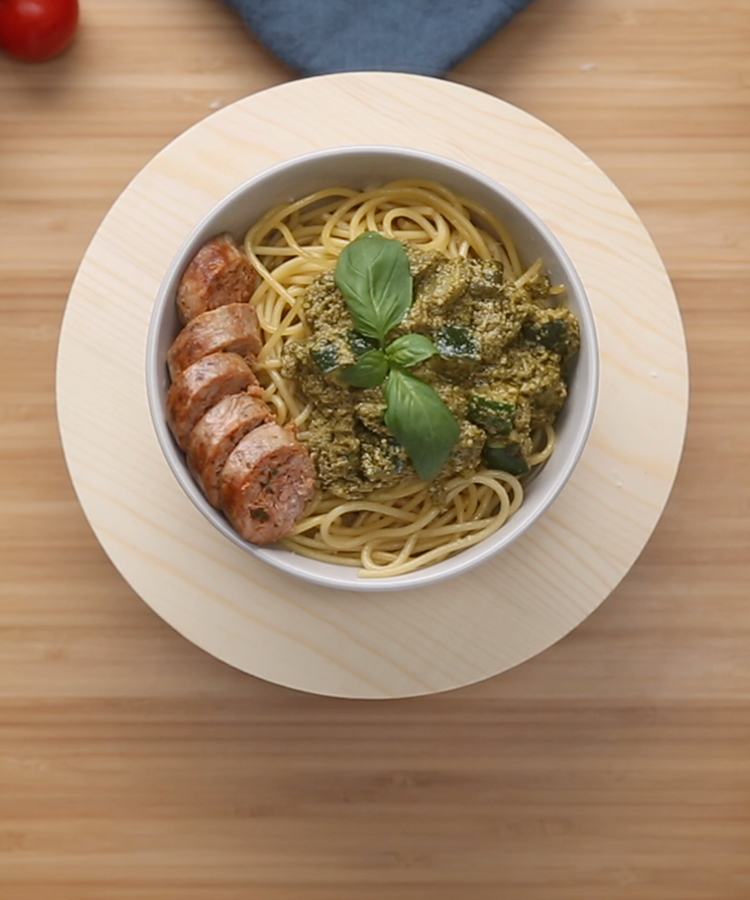 Verdant Delight - A beautiful mix of greens, protein, and pasta. Is there anything better? 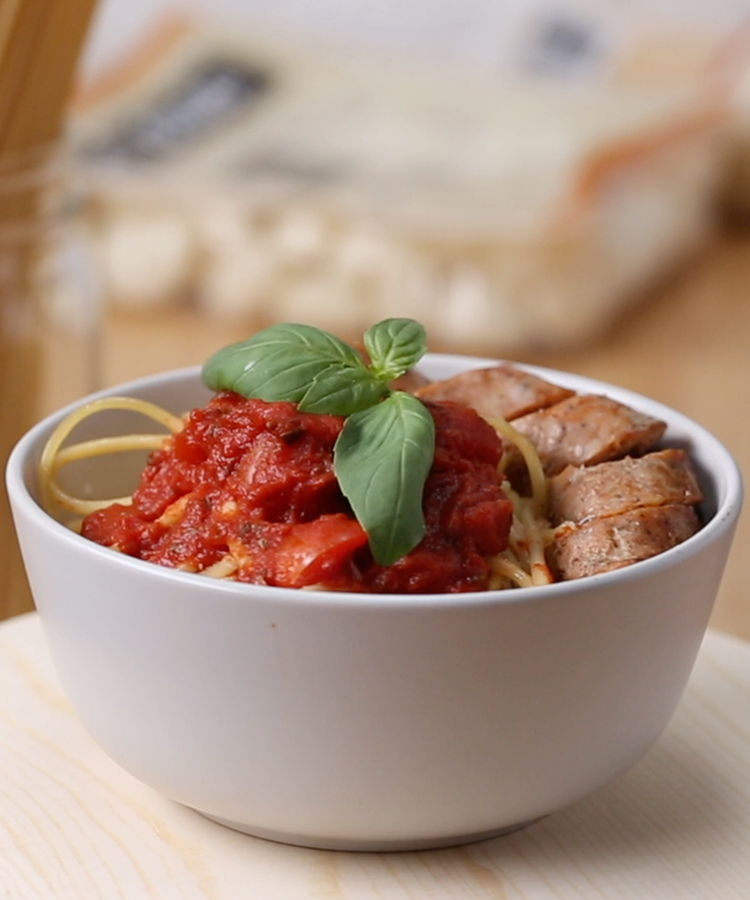 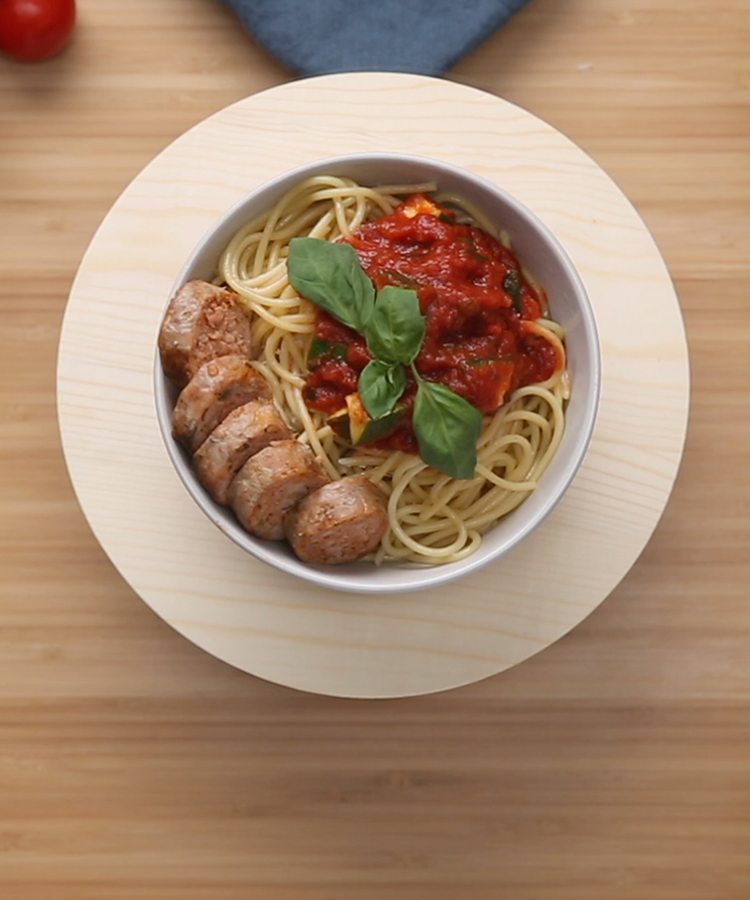 Ready for Spaghetti - I mean . . . when are we NOT ready for sausage and spaghetti?? Put on a movie and dig in. 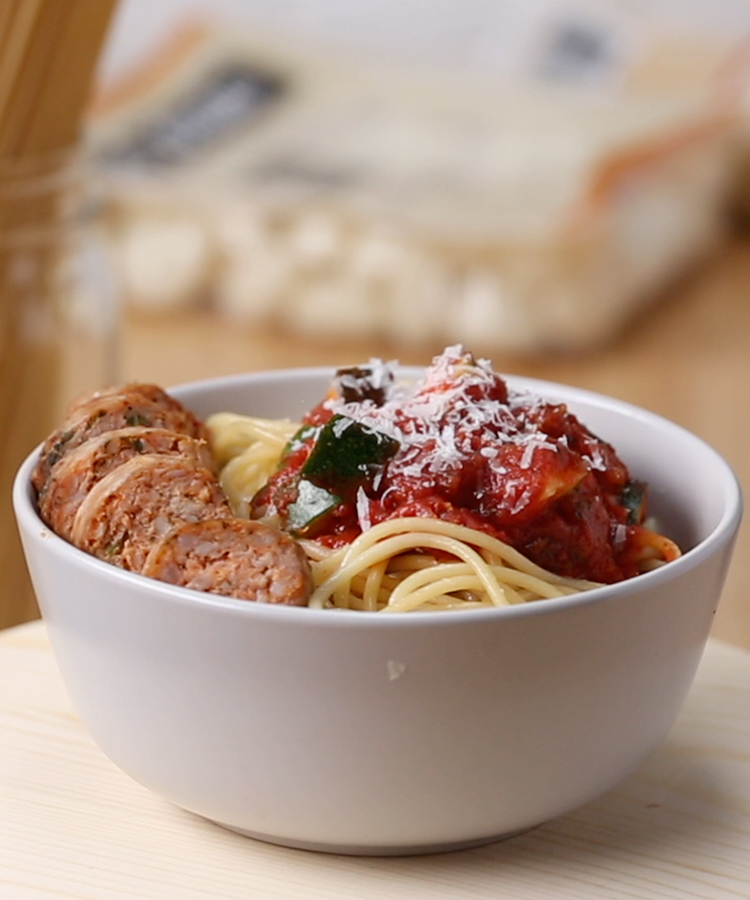 What a Brat - You love getting your way! Enjoy this sausage dinner designed by you, for you. 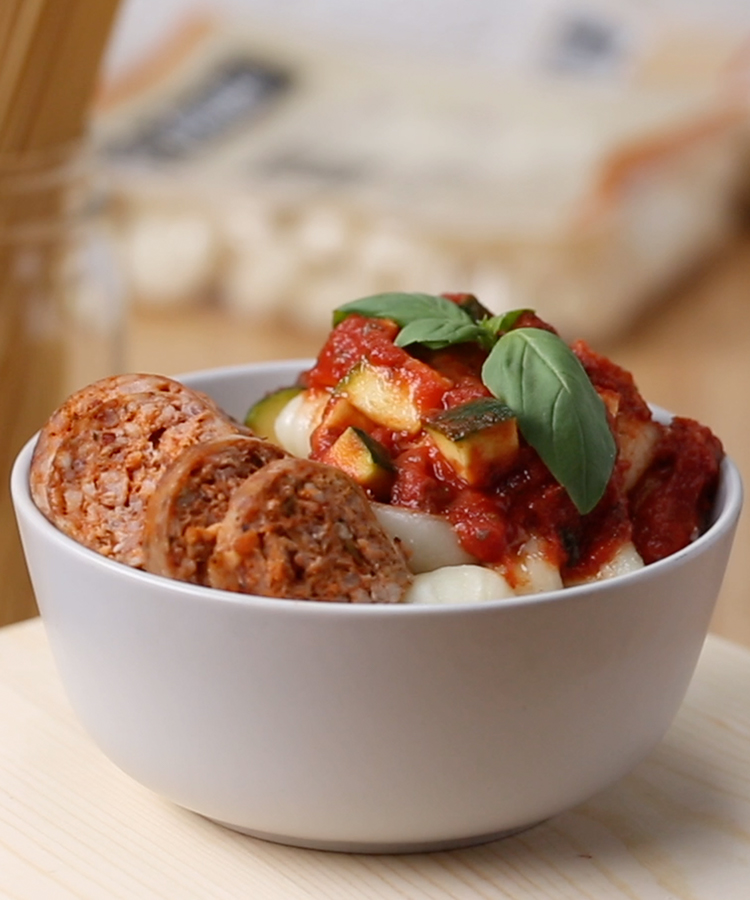 The Italian Feast - Big enough to share, tasty enough that you won’t want to. However you eat it, you’re right.

Did you know sausages have been around for over two millennia? There are actually references to sausages in the 500 BC Greek Play The Orya, which means “the pork”. The play is a comedy of course, because when is a sausage ever a tragedy?

Sausages derive their name from the Vulgar Latin salsicus or “seasoned with salt.” Don’t let the name fool you though, despite the sodium, sausage has nothing to be salty about. It’s been in the game for two thousand years and 82 percent of U.S. adults today consume it. If that’s not staying power, what is?

If you really want to appreciate this meaty morsel, October is the month to do it. It’s National Sausage month according to the National Hot Dog and Sausage Council. If anyone is an authority on sausages it would be them, having been around for over 20 years.

While many in the U.S. prefer to have sausages for breakfast, sausage is no stranger to supper. And in our grilled sausage dinner recipe, you can explore 16 easy ways to cook it up and feed the family. It’s time to get cooking!