Making the perfect milkshake is all about mixing, matching and styling. It’s hard to go wrong when you’ve packed the blender with flavors and toppings that you enjoy. We’ve teamed up with BuzzFeed Tasty to give you the power to choose your own milkshake recipe, blend it, and add your favorite toppings, creating your own frosty and photogenic concoction.

The first choice should be easy – do you want to make a chocolate milkshake or a vanilla milkshake? If you’ve got strong feelings about this, you’re not alone. But what if you don’t like dairy? You might think that’d be a deal-breaker when making a milkshake, but there’s a supply of coconut milk to solve that problem.

We’ve got the ingredients and the blender. The rest is up to you. Show us your dream shake, and we’ll give you the recipe, plus reveal a unique insight into your personality. Are you the Marshmallow Marli, or The Caramel Claire? You’re just a few choices away from finding out – the blender is waiting.

All 16 Milkshake Recipes Brought to You by BuzzFeed Tasty 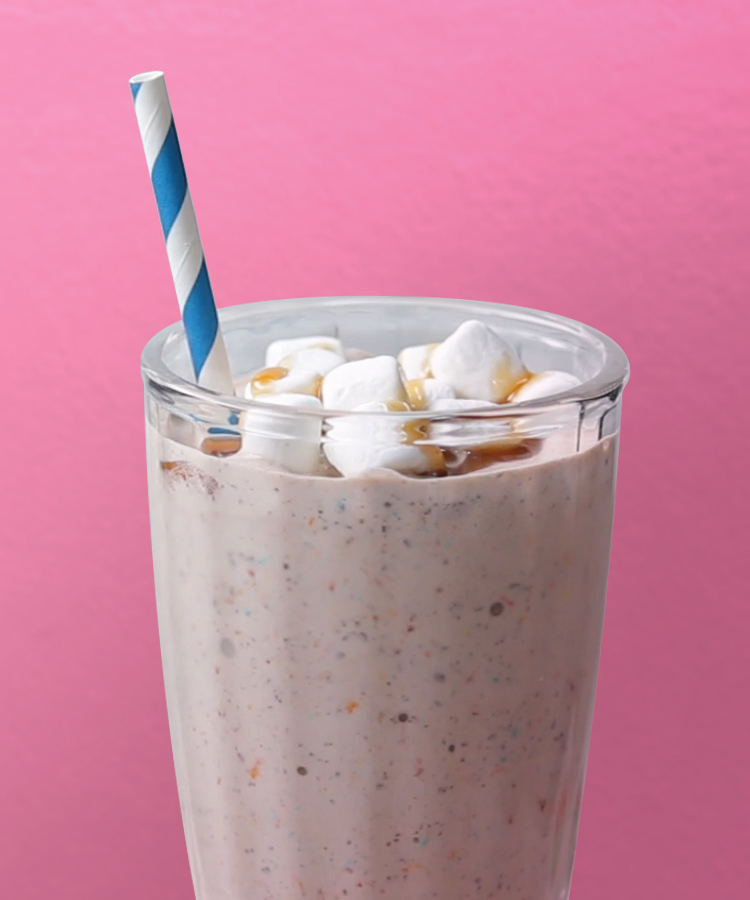 The Caramel Alon. You’re a bit more extra than most, and that’s okay with us! 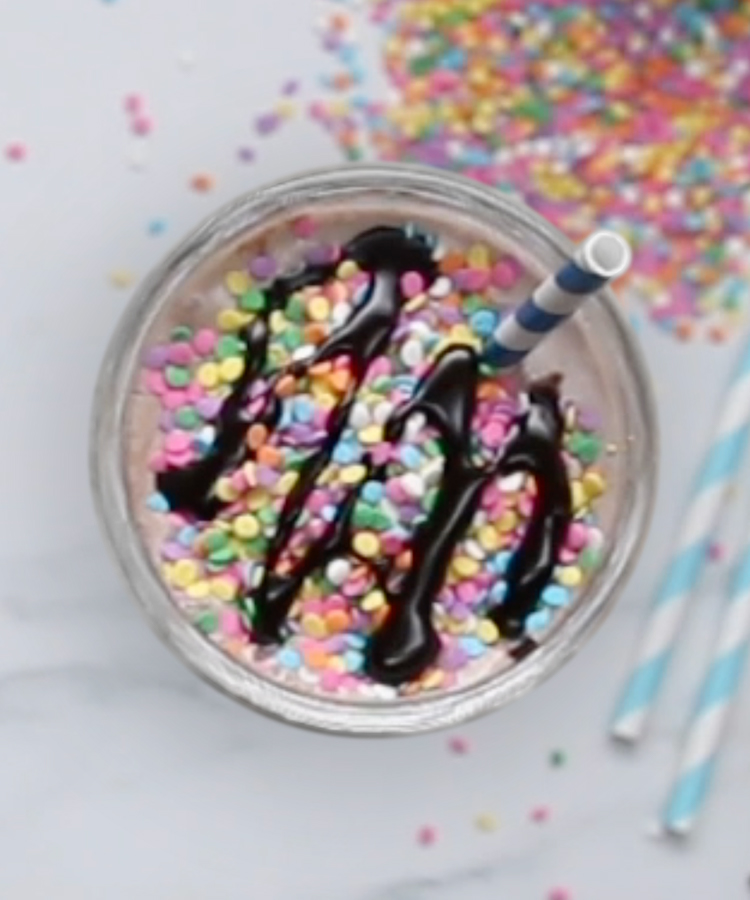 The Choo Choo. No one’s stopping this cookie train from arriving at your stomach! 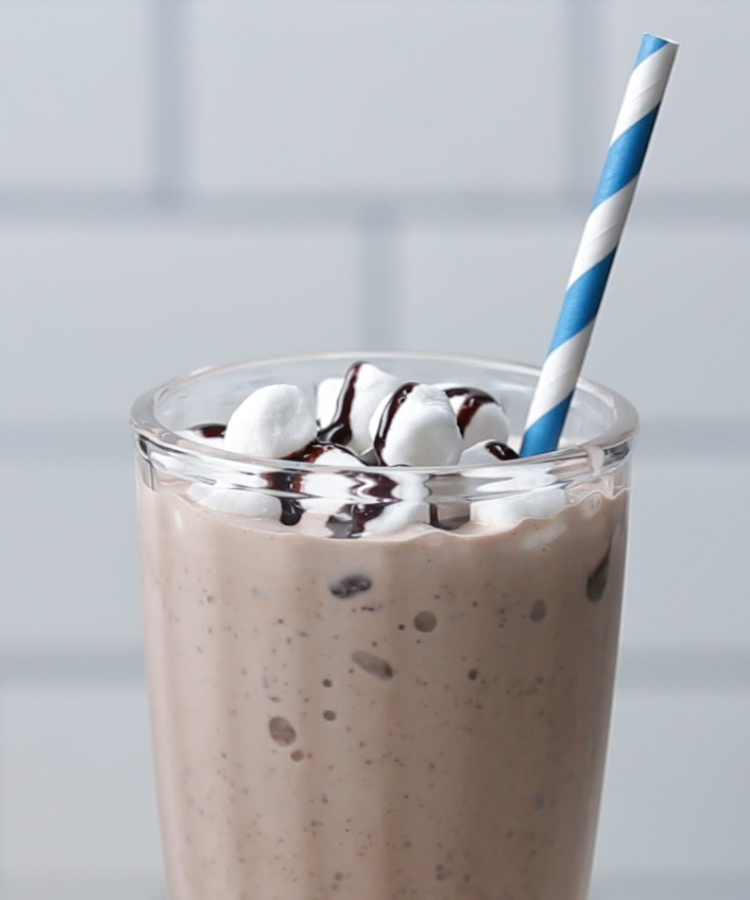 The Marshmallow Marli. You’re a mix of the best things life has to offer! 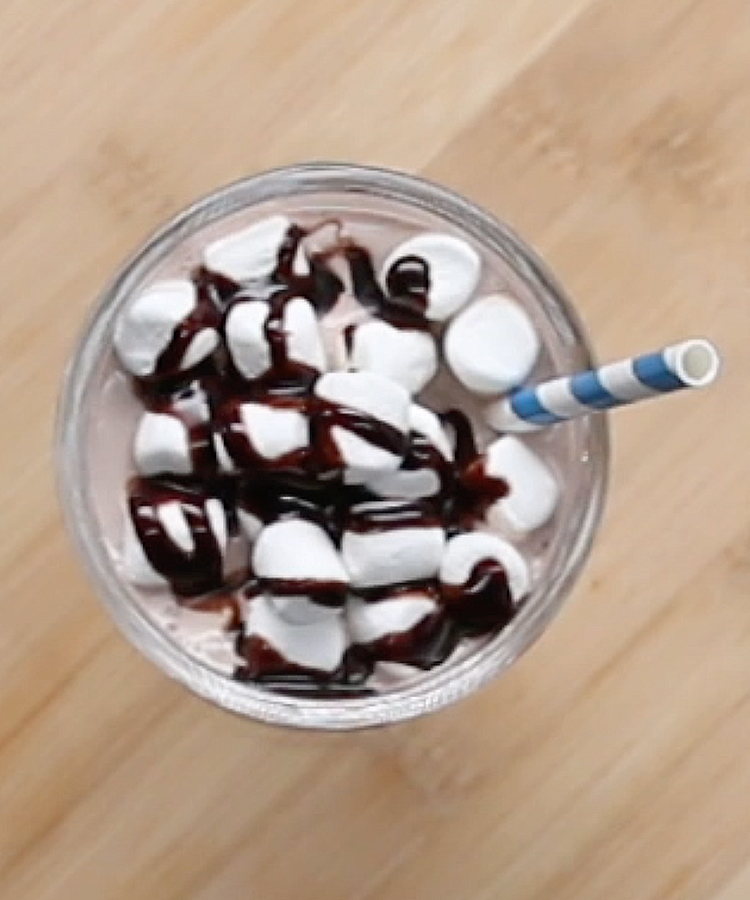 The Cookie Chris. You’re a formidable force to be reckoned with! 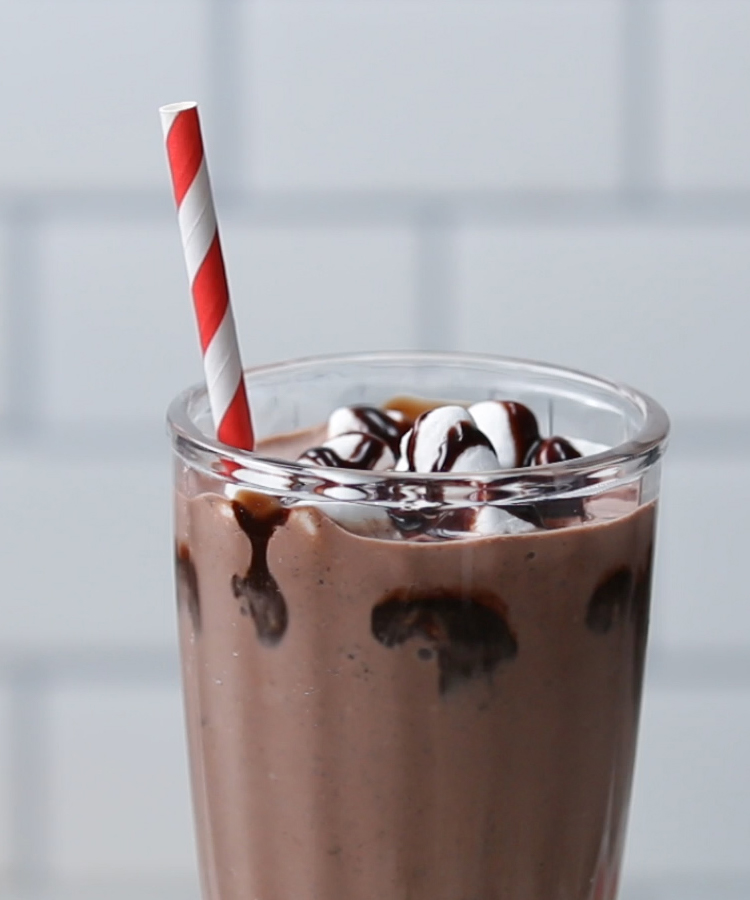 The Daniel. An extra helping of chocolate is deserved for someone as royal as you. 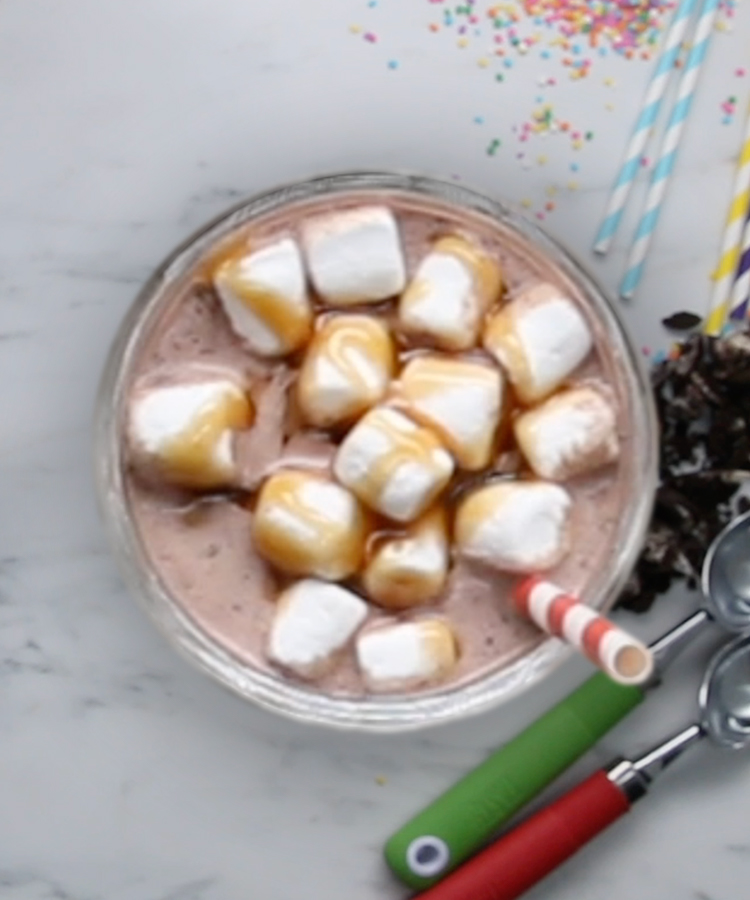 The Caramel Claire. Someone this sweet is NOT to be messed with.

The Cody. You’re not that punctual, but you’re well worth the wait! 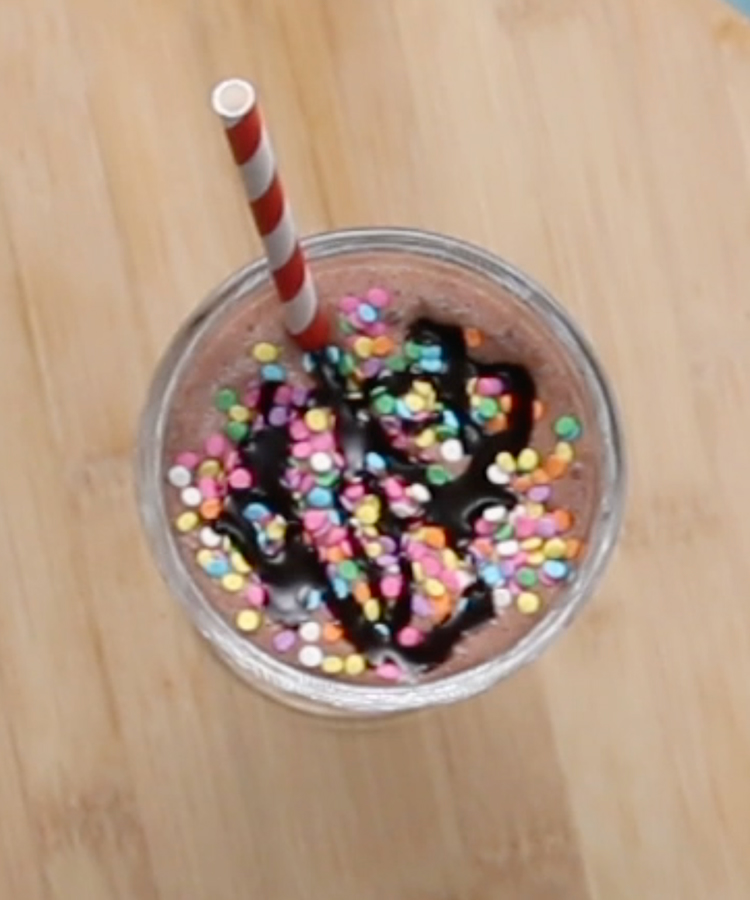 The Jason. Your pure love of chocolate is a thing to behold. 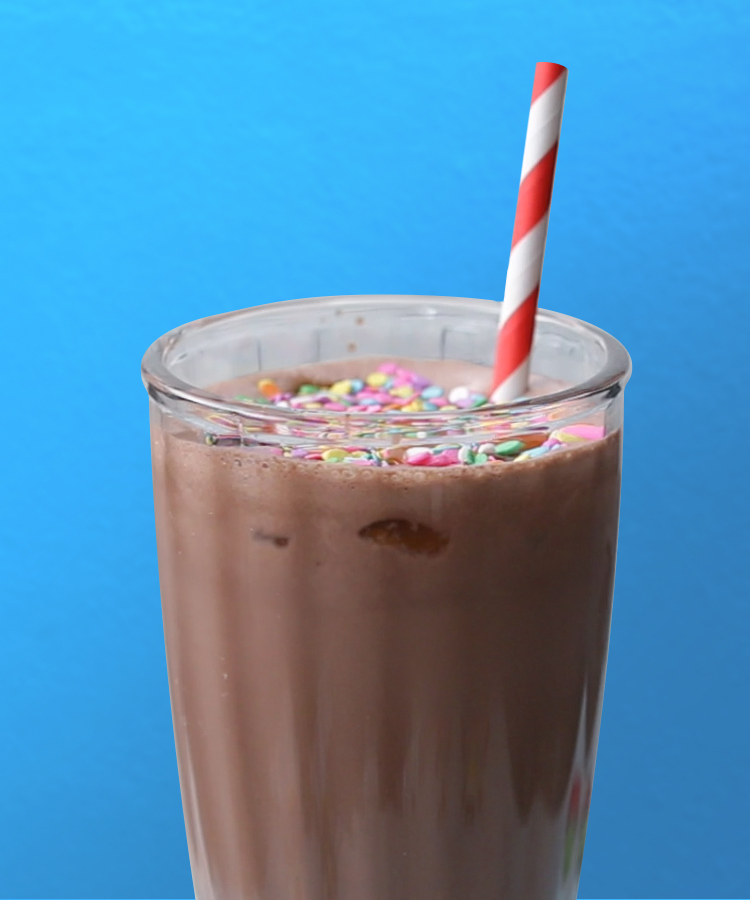 The Alison. Your heart is pure marshmallow! You’re quiet and you’re also the best. 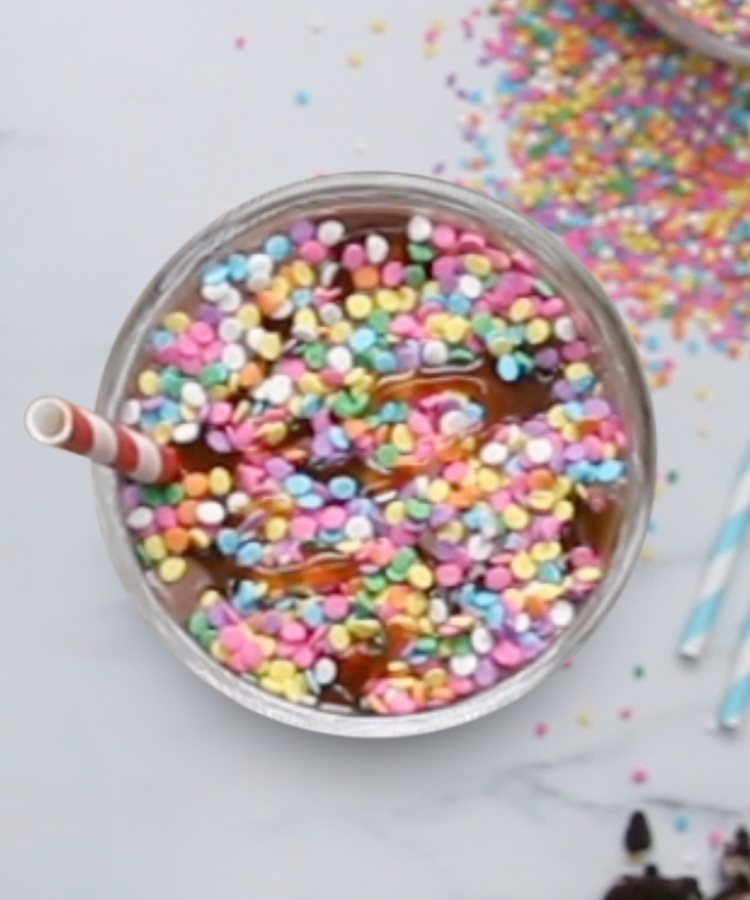 The Nate. You tackle everything with a can-do attitude and an extra scoop of rainbow sprinkles. 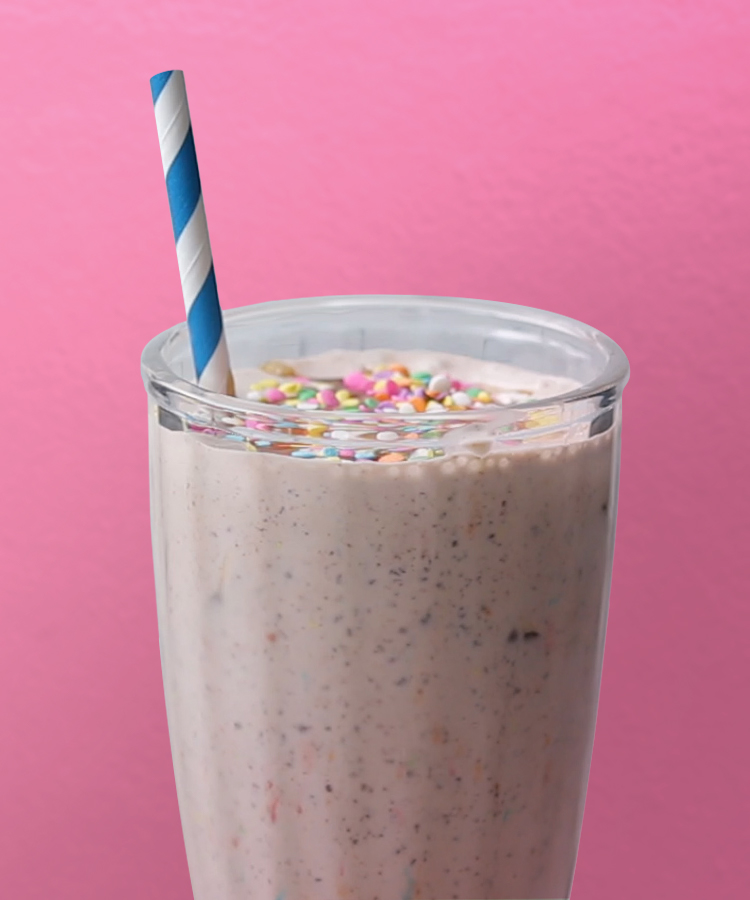 The Tiffany. A smooth blend of sugar, sugar, and SPRINKLES! YAAASS. 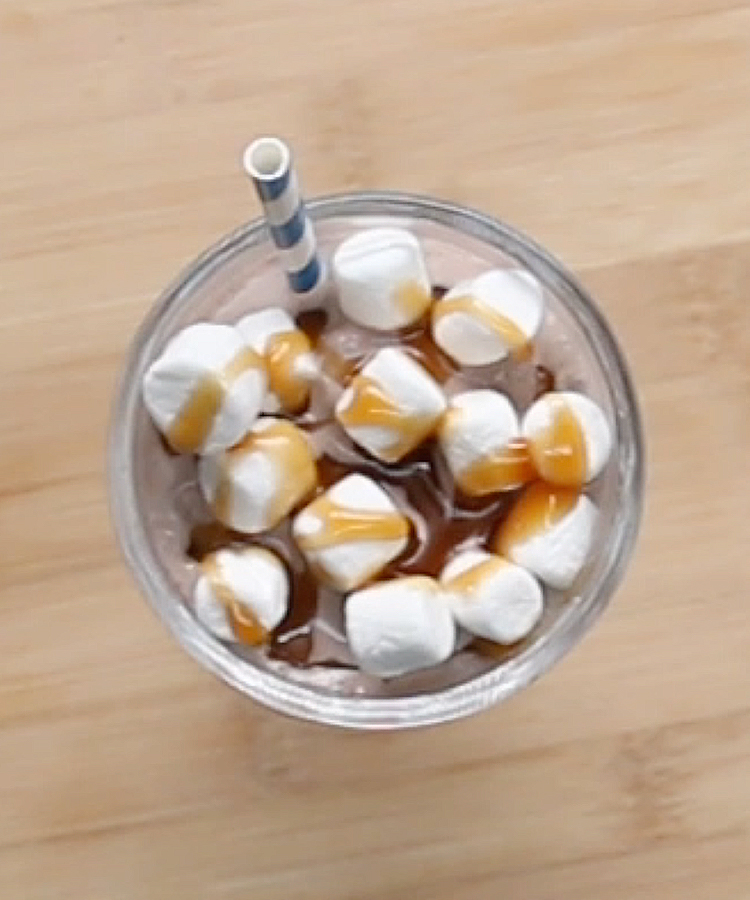 The Brianna. Zen with a bit of sweet marshmallow — we love your style! 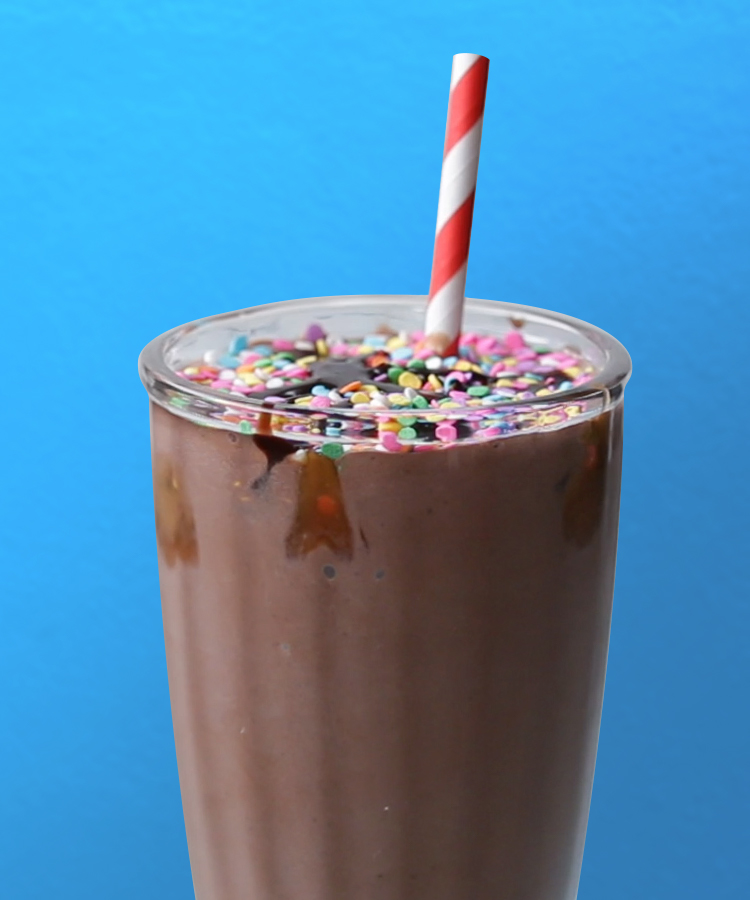 The Jackie. You’re a crazy blend of everything! Humor, sprinkles, chocolate, we love you! 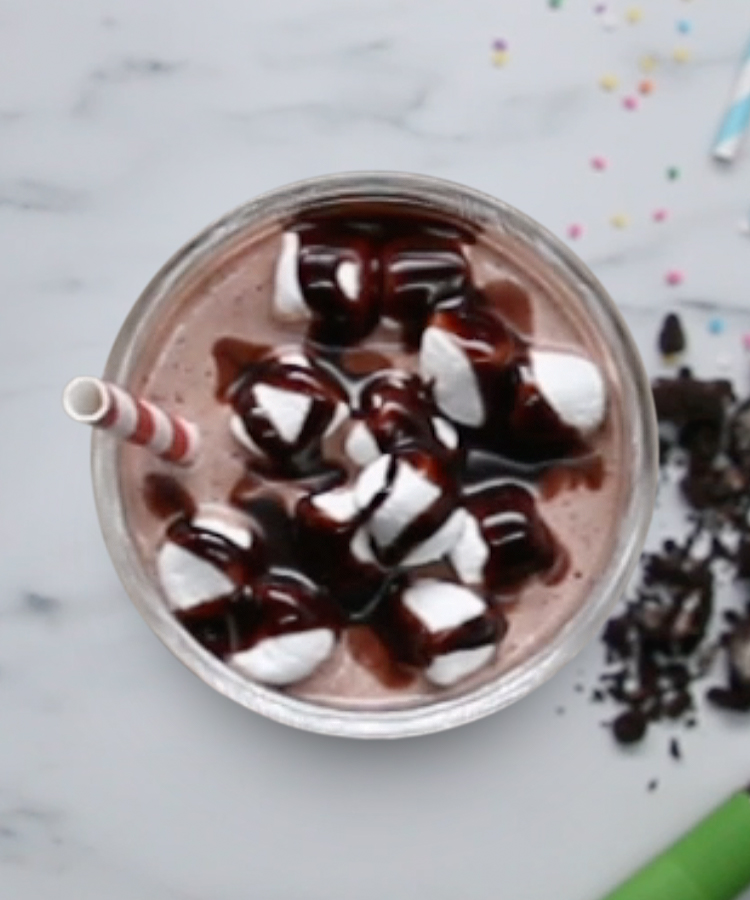 The Kyra. Always a delight to have around. You couldn’t possibly be any sweeter!

The Talia. You’re a classic sweet thing with big ambitions! 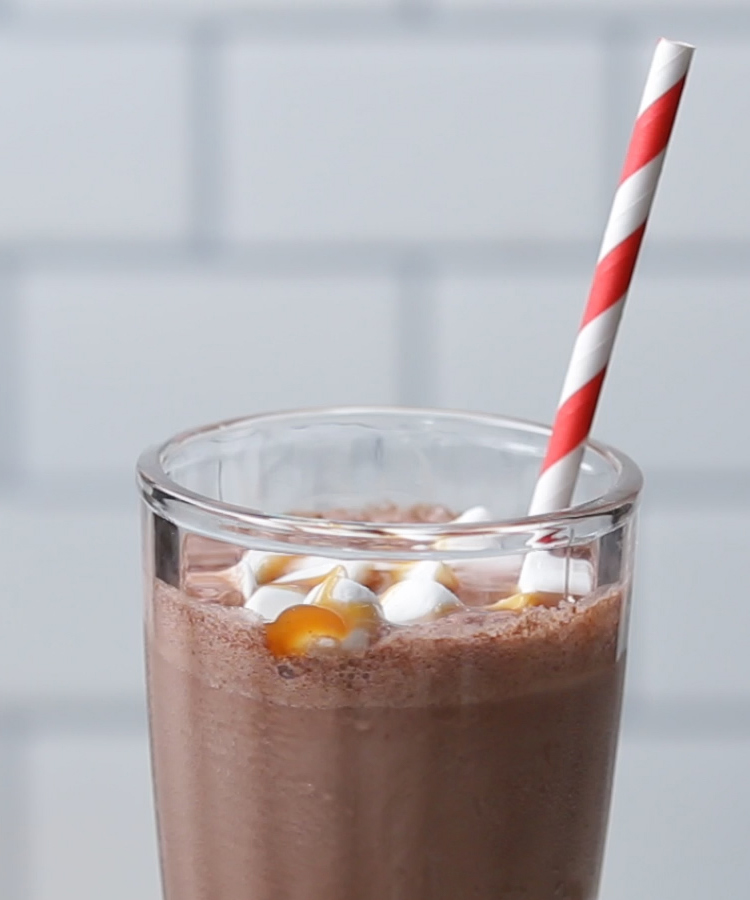 The word “milkshake” has been around since at least 1885, when it was known as a drink similar to eggnog, loaded with whiskey, and definitely not for kids. The idea of a non-alcoholic, sweet milkshake like we know it today began to emerge around the turn of the century, and by 1930 it was commonly found at malt shops, where it was made with ice cream, milk and syrup.

The rise of milkshake popularity has a lot to do with the emergence of two key appliances: the electric blender, and the freon-cooled refrigerator. In 1922, the blender was invented, which transformed milkshakes from the thick, eggnog texture of the past into their current smooth frostiness. The invention of the freon-cooled refrigerator in 1930 allowed milkshake production to become automated, and many restaurants across the US began adding milkshake to their menus.

The heyday of milkshakes was undoubtedly in the 1950s, when they became a cultural icon of diners, burger joints and drive-thru movie theatres. Moving into present day, milkshakes are continuing to evolve – with restaurants like Black Tap becoming Instagram favorites for their gravity-defying “crazy shakes” topped with candy and entire slices of cake.

Whether you’re a milkshake traditionalist, or looking to build a multi-layered masterpiece, there’s a milkshake waiting for you to discover. Play through our Interactive Tasty recipe to find yours.