16 Ways to Make Sangria in 1 Minute

Some like it white, some like it red – but that’s just the beginning when it comes to making the perfect sangria. With a few simple choices in our interactive video experience above, you can turn an inexpensive bottle of wine into a summer fiesta.

We teamed up with Tasty to take the iconic Spanish refreshment to the next level, by creating 16 variations of sangria; including sangria white recipes, extra fruity sangria recipes and everything in between. All of them best served outdoors, preferably poolside.

If you want to stay true to the classic sangria recipe, dump chopped fruits like oranges, strawberries, pineapple, peaches, apples and pears into Spanish table wine with sugar, orange or apple juice. Want to mix things up? It’ll only take a minute, we’d love to see what you come up with.

All 16 Sangria Recipes Brought to You by BuzzFeed Tasty 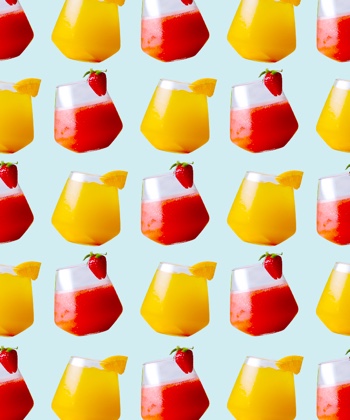 The Feeling Extra Today. Do you deserve this? Of course. You earned it. 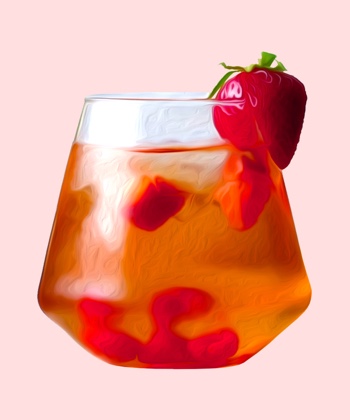 The Berry Entertaining. You don’t HAVE to be the center of attention, but you sure look good in the spotlight! 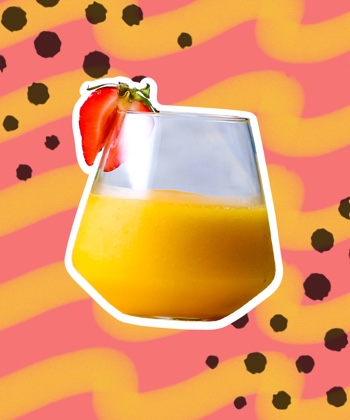 It’s Basically A Salad. Anyone who questions your choices is just jealous of you. 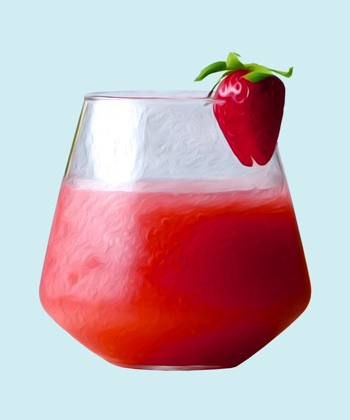 The Shining Sangria. The perfect drink for the perfect person. 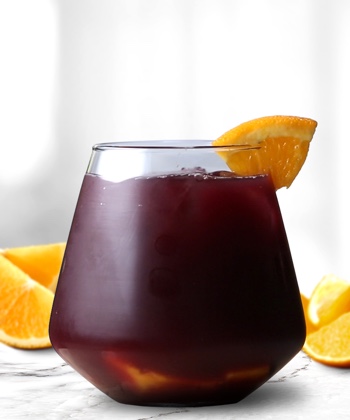 The Ella. You can handle your drink and look good doing it! 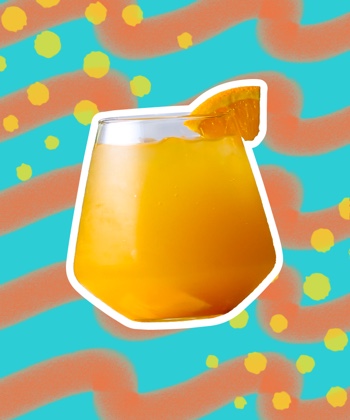 The Island Hopper. The only thing missing is a few coconuts and a talking volleyball. 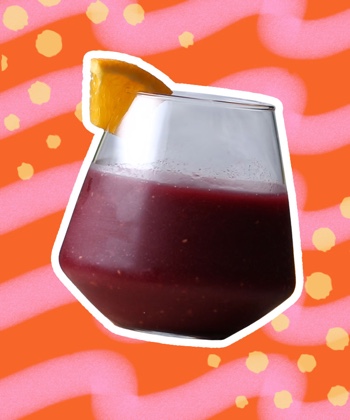 The Generous Boss. You’ve got the company card — buy us all a round! 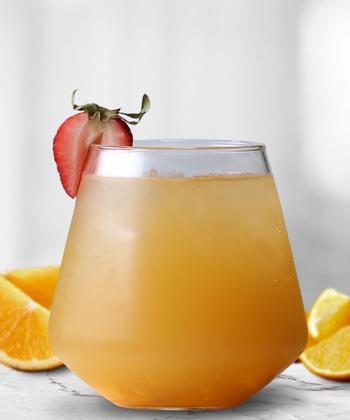 The White Stiletto. Boozy, classy, AND some killer fashion? What a sexy little thing you are! 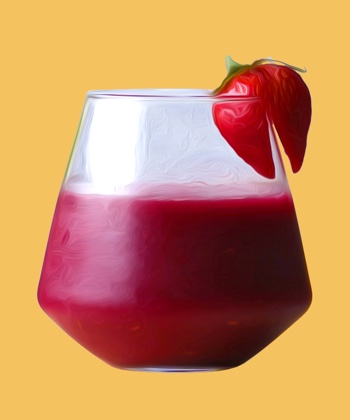 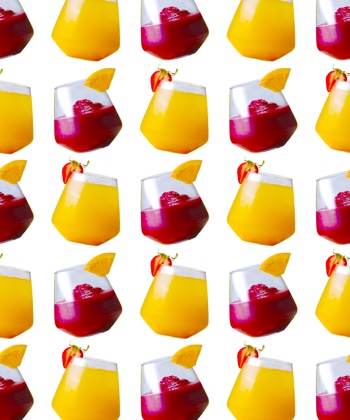 The Keep ‘Em coming. The night has just begun and there’s a lot to unpack this week — keep that shaker shaking! 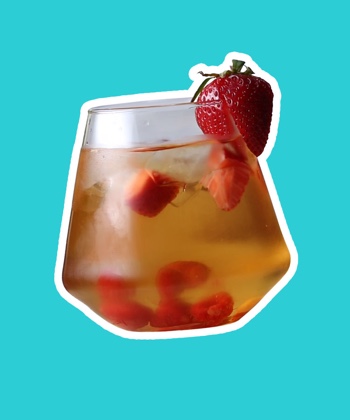 The Social Butterfly. You get your energy from good friends and tasty cocktails. 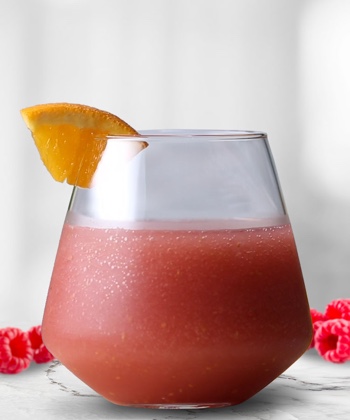 The Razzmatazz. You can drink while simultaneously doing jazz hands — bonus points!

The Ruby. This drink is precious, just like you! 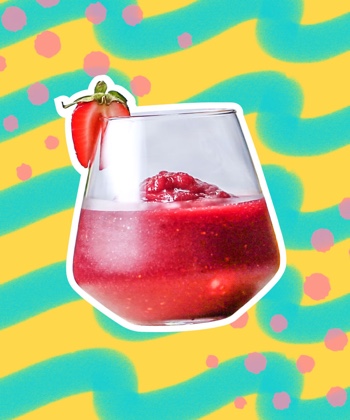 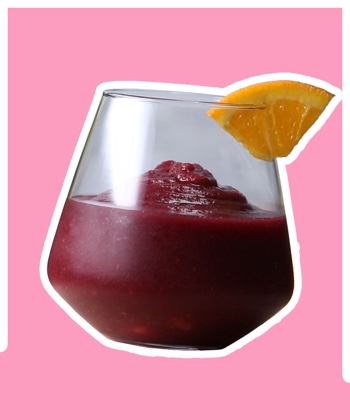 The Classy Hammock. Relaxed and stylish — your happy place is feet up, drink in hand! 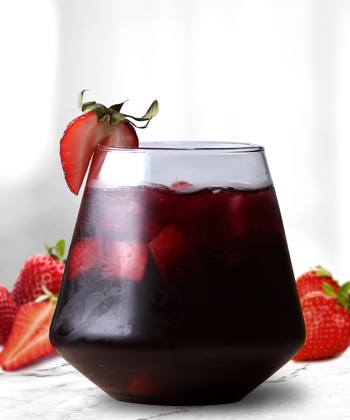 The Blush Andréa. You’re beautiful and classy, with just the right amount of fire!

Sangria as we know it today started in Spain – the word “sangria” actually means “bleeding” – but its roots can be traced as far back as early Greeks and Romans, who used to mix sugar and spices into wine to make a drink called “hippocras”. Hippocras was commonly drunk by both adults and children because the alcohol’s antiseptic properties often made it safer than drinking the water.

It eventually evolved into the Spanish household staple, and sangria made its big debut in the US at the 1964 World’s Fair in New York City, where Spain’s pavilion featured the drink. Its popularity grew from there to become one of the most popular summer drinks, and a go-to for any outdoor celebration.

The individualistic nature of sangria makes it one of the most versatile drinks around. Sangria enthusiasts are still pushing the limits of its flavor potential. The most traditional sangria is made with Rioja red, from the famous Spanish wine region, but there’s no requirement to stick to the script. The key to making a good sangria is choosing a wine that you would be happy to drink on its own.

Describing what sangria tastes like isn’t easy, because the right one tastes like how you want it to taste.  If you like a drink more on the sweeter side, throw in some extra sugar. If you prefer more fresh fruit, toss in some extra pieces, and of course, if you’re looking for something stronger, add a couple more servings of liqueur. Not a fan of brandy, why not inject some rum?  Rules are made to be broken when it comes to sangria.

Everyone has their own perfect sangria waiting to be discovered. Have you found yours?