Buckle Up, ‘Cause These Buzzfeed Quiz Results Will Have You Shooketh

Unless you’ve been living under the literal Rock of Gibraltar, you know Buzzfeed is the most popular quiz site on the planet. But what you may not realize is that an internet quiz, when taken by millions of people, can give us crazy insights into the kinds of people taking it. (Are you one of them? We sure hope so!)

It’s not surprising to find out that its mostly millennials indulging in personality tests and trivia stumpers — how else are they supposed to stay sane AND self-indulgent in the 21st century?? And while we admit there are too many exposés and think-pieces on the minutiae of the millennial experience, we’re preeeetty sure none of them were based on Buzzfeed quiz results. We’ve got that covered now.

After getting the Buzzfeed datasets from our partnered internet quiz results, here’s what we’ve found.

For our Do You Know What’s Healthy, the most popular quiz result was 5/10… so, most people only got 50% of the questions right. Straight up, that’s a failing grade. And next popular one, EVEN MORE FAILING: 4/10. Apparently, millennials don’t know how to be healthy. How can a generation notorious for its love of avocado toast not know the basics of a balanced diet??? Doesn’t their collective love for quinoa and kombucha mean anything?!?! Turns out, you can propagate healthy food trends but still not fully understand the glycemic index. ¯\_(ツ)_/¯

Obviously, not all of the quiz takers were from the same place, but the fact that the most popular result was the west coast is still telling. It likely means that all those Cali-based ‘90s movies had a serious influence on millennials as a generation. Clueless, Friday, Bring It On, Can’t Hardly Wait, She’s All That… need we go on? Plus, while millennials were kids, society was still working through the linguistic fallout of the “valley girl” movement of the ‘80s — hell, some of their parents were probably screaming “Like, as if!” while changing their diapers. However, seeing the lasting impact that these movies had, does that mean that pop culture entertainment could be harnessed as a tool for brainwashing? Potentially. We just gotta pray that this power doesn’t fall into the wrong hands.

Taking Adulthood To The Dome!! WOOOO!!!!

Almost half of the internet quiz takers are still partying like they’re in high school because most of them were probably A LOT happier in high school. Back then, they had no idea that they would be thrust into the labor force during one of the worst recessions in U.S. history. And when people are faced with monumental challenges beyond their control, they tend to gravitate to experiences that take their minds off of things (i.e. pounding shots at a St. Vincent concert). But really… can you blame them? Party on.

Out of all the pupperino results, one third of quizees got chihuahuas and one third got corgis. So, what’s the connection here? Four words: NEVER NOT INTERNET READY. These dogs were basically born to meme. Who else lives and breathes on the world wide web? Millennials, da-doi. Ipso facto, there’s bound to be some personality overlap for humans and doggos that thrive on tEh iNtErNeTz. Sure, it’s not the most sound science, but does it kinda sorta make sense? You bet your furry little ass it does! 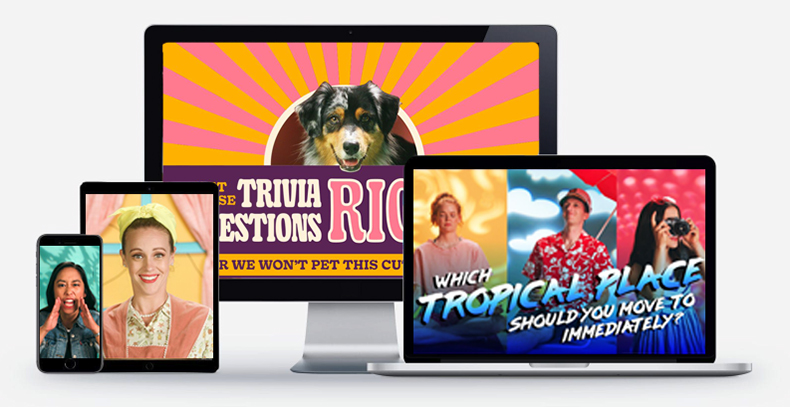